Ava DuVernay To Direct Adaptation of A WRINKLE IN TIME 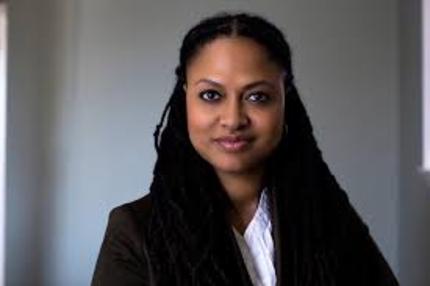 Way back in 2014, we reported that Jennifer Lee, co-writer and director of the Disney hit Frozen, was writing an adaptation of Madeleine L'Engle's seminal young adult book A Wrinkle in Time. Well, we can now report that Ava DuVernay will be directing the film.

This was probably my favourite book when I was a kid; the story of a young girl who must brave outer space in order to save her father, taking along her little brother and a friend, encountering aliens, other dimensions, strange gravities, and giant brains, it was amazing to me to have a book with a girl science nerd as its hero, and one which was pretty honest about love and death.

There was an another adaptation of the book in 2013, and while it had a good cast (including Alfre Woodard and Kate Nelligan), I found the film a bit too cloying and overly sentimental. DuVernay is a great choice for this film; while hopefully she will keep the young-adult-novel spirit, she will also adhere to the story's intelligence and dangerous but exciting adventures.

DuVernay is reportedly also still in talks to to direct the science fiction thriller Intelligent Life with Lupito Nyong'o. While I'm a huge fan of DuVernay's past work, I'm incredible excited to see her starting to work in genre film, an area desperately in need of stories from more diverse voices.

Do you feel this content is inappropriate or infringes upon your rights? Click here to report it, or see our DMCA policy.
A Wrinkle in TimeAva DuVernayJennifer Lee

More about A Wrinkle in Time