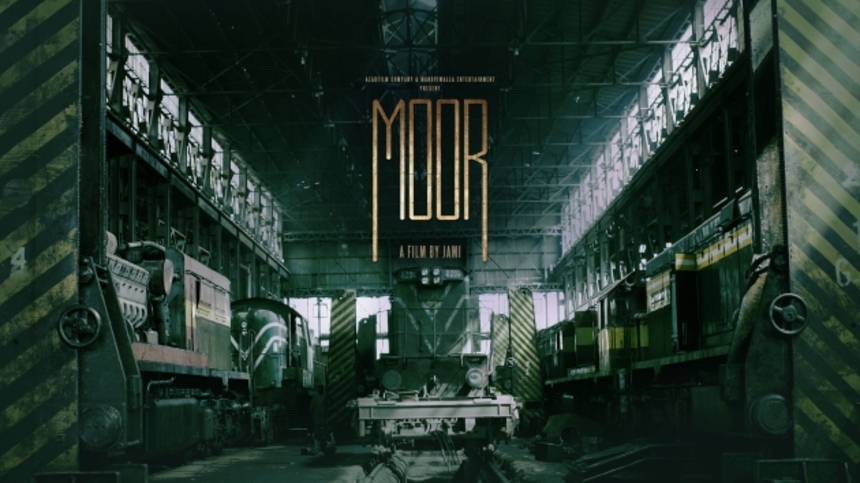 It seems as though no matter where you look in Pakistan these days, the spectre of British imperial rule looms over the nation in ways that are perhaps so deeply ingrained in the fabric of the nation that's it is hard to extricate them from the any of their recent, or lingering, woes.

Moor (Mother) is the story of a family both kept together and torn apart by what should have been one of the great victories of independence, the legacy of the greatest network of railways in the world. Pakistan and its estranged nation sister India were left with a massive interconnecting network of railways that connected every part of their vast territories with every other and the outside world. It truly was and is the envy of the world. However, while India has largely invested in and protected its railways, the increasing fragmentation of Pakistan's urban and rural populations has led to the decimation of that system of their side of the border.

This destruction has isolated the remote areas of the nation that used to be connected to the outside world and left them desolate and ruled largely in tribal fashion by local underworld Dons who answer to no one. Moor focuses on one family whose very existence and reputation is firmly planted in the railway station they had operated for decades. However, after 20 years of ransacking the local station and literally ripping the tracks from the ground by corrupt locals, the station and the family are both in tatters and their attempt to stay whole appears futile as their home, land, and work are ripped away.

Wahid Khan, the station master for the now defunct Khost railway station is remote northern Balochistan, is watching his life fall to pieces around him. His wife has recently passed away, leaving the home they share empty as his grown son has moved to urban Karachi to make his fortune.

Ehsaan, his son, works for a company that compiles fake documents for Pakistanis looking to apply for visas to get out of the country, but after they are ratted out by a man who's only crime is being too naive to lie, they are thrown from a nice downtown office into rattier digs to start all over. When Wahid informs his son that his mother has died, everything starts to go to hell as Wahid's brother Lalu uses the opportunity to attempt to bamboozle his grieving sibling out of the only real wealth he has left, his home.

Ehsaan, believing his father to be in cahoots with the criminals selling off his legacy one brick at a time, charges back to Karachi after the funeral to get back to work, only to discover that he wasn't any less guilty than he imagined his father to be. When the young man who got them caught shows up in the office to request a refund since (a) he never made it to the US, and (b) his father is in the hospital very ill, Ehsaan's business partner decides to make an example of him and demonstrates in a most violent fashion what happens to those who can't keep their mouths shut.

So begins the take a dueling crises of faith between Ehsaan and his father. Ehsaan is faced with the evidence that he directly or indirectly led to the death of a kid who just wanted to do better for himself. On the other end of the country Wahid attempts to gather to gumption to finally confront his crooked brother as an attempt to do the right thing, salvage his own conscience, and honor the dying wishes of his wife who made him promise never to let go of the family home. Moor follows their simultaneous awakenings and shows just how blind their own guilt has made to to each other's plights.

It is fascinating to me that this film, Pakistan's official submission for the Academy Awards in 2015, is called Moor, or Mother, and that Pakistan's submission in 2014 was a similarly themed film titled Dukhtar, or Daughter. Both films utilize the immense rift between urban Karachi and the remote tribal areas, both in terms of distance of culture as a model for a Pakistan divided against itself. Dukhtar named religious fundamentalism as its great evil, while Moor places that onus on greed, but looking at their stories, they aren't really all that different.

Whereas Dukhtar had a mother kidnapping her own daughter to save her from a marriage at 12, in Moor we have Ehsaan attempting to save himself from being chained to a dying land in his flight to Karachi. This common theme of a culture attempting to run away from its oppressive past is mirrored in the few other Pakistani films in various forms over the years.

Where Moor succeeds is in tying its thesis to reality by using real locations and a far grittier vision of Pakistani corruption than the vast majority of westerners are used to seeing. Moor's director, Jami, makes the conscious decision to take a few brief moments in the film to both commemorate and eulogize the death of Pakistan's railway culture, using it as a metaphor for the good old days and how a combination of complicated factors from the surge in religious fundamentalism to the instability of the state government, to the increasing isolation and dysfunction of Pakistan's various communities has contributed to a society in tatters.

Moor is a hard film to watch, not because it is particularly violent or graphic, but because it is so obvious that all of the damage, emotional, physical, and financial, done to everyone is so obviously senseless. Jami's depiction of remote Balochistan, an area which has been of great interest to American military forces in the years since the "war on terrorism" began is both sympathetic and accusatory, refusing to draw clear lines in the sand which helps the audience to feel the internal struggle between loyalty and dignity and greed and security.

It is a draining and largely depressing experience that does end on a hopeful note showing the power of faith, not in a religious sense, but in other people and their willingness to do the right thing. Jami has done the right thing, and Moor is a wonderful film that deserves your attention.