Taking In Refugees For Fun And Profit, WELCOME TO NORWAY! 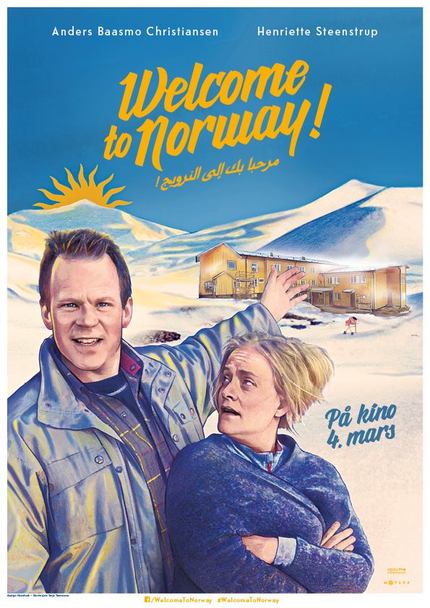 Director Rune Denstad Langlo delivers what looks to be a remarkably timely comedy with his upcoming Welcome To Norway, a film that puts a comic spin on the refugee crisis in Europe.

Per Primus is a fourth generation mountain resort hotel owner; he's born and raised far up in the Norwegian mountians and lives there with his wife and daughter. Primus is a bit more racist than most, and is hopeless with money. Since the tourists haven't been coming to the mountains anymore, he decides to go into the business of running a state-funded asylum reception center. But it's not going to be as easy as he first expected. Because along with 50 unruly refugees, most of them muslims and Arabic speaking, comes Abedi, an endlessly annoying optimist from Congo. He annoys the hell out of Primus, but eventually Abedi changes Primus' life completely. And in the end he has to make a choice: his friend or the money.

Anders Baasmo Christiansen, Henriette Steenstrup and Slimane Dazistar. Check out the first Norwegian teaser for the film below!