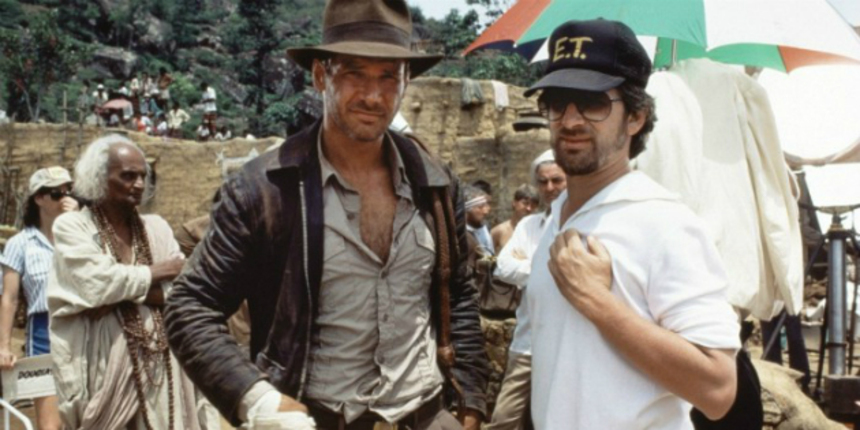 You'll have to pry the role of Indiana Jones from the cold, dead hands of Harrison Ford, according to Steven Spielberg.

"I don't think anyone could replace Harrison as Indy, I don't think that's ever going to happen," Spielberg told Screen International. "It's certainly not my intention to ever have another actor step into his shoes in the way there have been many actors that have played Spider-Man or Batman. There is only going to be one actor playing Indiana Jones and that's Harrison Ford."

At a promotional screening of Bridge of Spies that I attended last month, Spielberg and Tom Hanks were tied in for a video interview. Spielberg joked about Hanks and Ford each having done four movies with him, which meant he would need to do Indy 5 with Ford just to break the tie. At the time I took it as a joke -- Spielberg and Hanks were both laughing at the idea -- and the tone of the discussion at that point was extremely light.

But it seems that Spielberg is still moving forward with the idea of another installment. Though there's always been talk that the screenplay needs to be right, that hasn't stopped him before. (See Indiana Jones and the Crystal Skull, if you must.) Spielberg is about to turn 69, and Ford is 73.

Certainly they're both still physically capable of making another action-adventure blockbuster in the next few years -- that's why there are assistant directors and stunt men -- but the more it's talked about, the more I imagine a Bubba Ho-Tep type of story, with Indiana Jones in a retirement home, talking about the old days and imagining that he's still swinging from vines and swimming with sharks.

What do you think? Should Spielberg leave Indiana Jones in retirement? Or spring him back into action? Or are you simply no longer interested in the character?

More about Indiana Jones and the Kingdom of the Crystal Skull