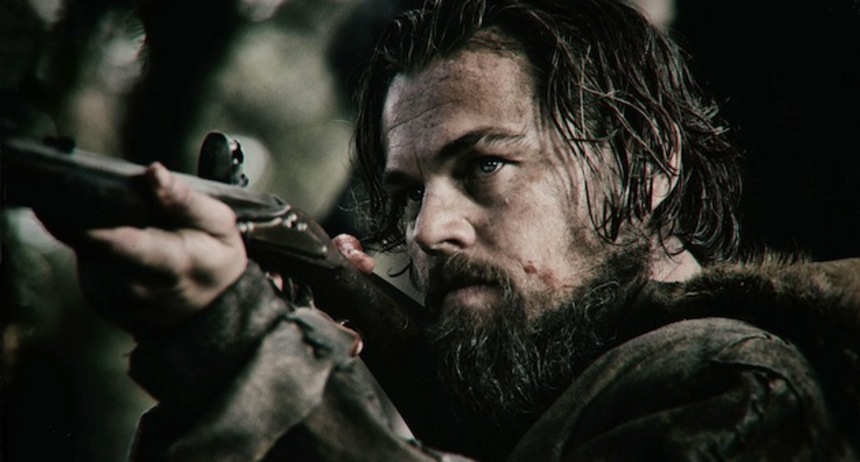 It begins, as you might expect, with a sweeping shot that's equal parts glorious and gratuitous.

For The Revenant isn't just some run-of-the-mill flick, this is Oscar-winning director Alejandro G. Iñárritu's latest flick, a follow up for his much-lauded Birdman. The photography is by Emmanuel Lubezki, arguably the most creative and tenacious artist capturing images for screen working today, the man that lensed the likes of Gravity and Children of Men, as well as that Keaton flick. Lubezki's who you hire when you want it done hard, and the decision to shoot with natural light should be the stuff of cinephilic dreams.

And for a time, bless them, it is. The sumptuous palate, the preposterous locations and sterling scenery makes it feel like a film out of time. Story-wise, it's old fashioned: guys in the wilderness tale, with man battling beast and elements alike, finding the most insidious enemy to be within his own species. It could have been amazing, an enthralling piece that showcases immense talent with a harrowing storyline brought to life in epic fashion.

Unfortunately, however, it's a bit of a dud, a wet-powder shot that fizzles from the get go. But for moments, there, you can see the glory that might have been.

Firstly, there's Leonardo DiCaprio, a man so committed to the role that it feels churlish not to give him the damn golden trophy already. You can practically feel his nuts being froze, his back being bent out of shape, the physicality oozing from the screen, and, given that much of it is choreographed and carefully shot, a testament to, you know, acting. There's a battle with a bear that seems to go on just long enough that you want to turn away. And there's a fire in Leo's eyes that's the greatest effect of the piece, a fierceness that's by far the most captivating element.

Tom Hardy does his best to work with very little, injecting his charisma and seediness into what's otherwise a quite two-dimensional character. Others don't fare so well, getting lost in the frame, mere fodder for the storyline rather than detailed beings. For a film so meticulous with location and shooting effects, it's the dramaturgy that suffers, the story getting short shrift in favour of the masochism of shooting in such dreary circumstances.

As a visual trifle the film's a treat, as a showcase for Leo it's not bad at all (and better actors have won for worse films), but as the story trudges on and on through the snow, it feels more and more burdened with its lack of purpose or subtlety. There's not much more in an hour that we haven't learned in the first twenty, and certainly not much by the end that hasn't been telegraphed more than enough times.

Like Birdman, one can applaud the technique but find the execution lacking, but with Revenant there's the added factor of an even more chilly storyline to match the cold locale. I gasped as a fan of cinematography at some of the shots, preposterous camera moves up steep inclines. Yet these feats of prowess don't make for a good film, simply an interesting one from a technical standpoint. For a film where people get lost a lot, I'm never quite sure that the work had a great idea of how it was to get to a satisfying destination from the get-go.

It's a film worth seeing for cinematography fans, basking in the Barry Lyndon / Kubrickian hubris of pushing the shooting style to an extreme. The bear scene is quite remarkable, as are a few of the more effective dramatic beats. But throughout you feel the seams of the storyline, even if the sweeping single-shot sequences belie their CGI stitching.

The Revenant isn't the worst thing you're going to see this season, but it could well have been one of the best. The fact that it fails at being one of the best is mocked by the lofty goals it set itself. This is an admirable, handsome failure, more of an interesting fetish piece for technicians than a properly executed thrill ride that it attempts to be.

Do you feel this content is inappropriate or infringes upon your rights? Click here to report it, or see our DMCA policy.
Alejandro González IñárrituDomnhall GleesonLeonardo DiCaprioTom Hardy

More about The Revenant