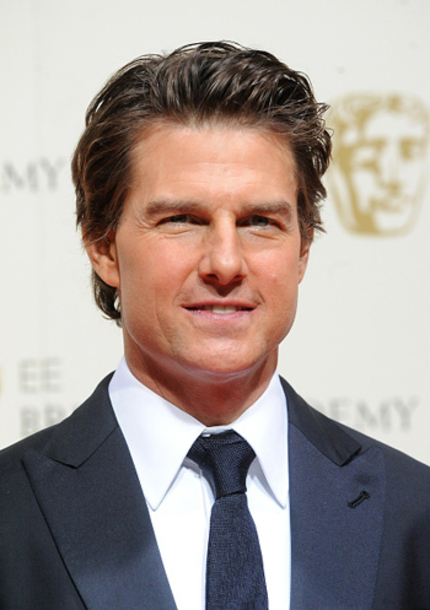 Variety is reporting that Tom Cruise is in talks to take the lead in Universal's reboot of their The Mummy franchise.
Jon Spaihts (Prometheus, Doctor Strange and Passengers) is penning the script. Alex Kurtzman (Stark Trek and Into Darkness, Aliens and Cowboys) was asked by Universal to start up their monster films again, along with Chris Morgan (Fast & Furious 6 and Furious 7). He will direct the pic. What we have assembled before us is some serious studio firepower.
The film is to be set in present day, unlike its predecessors, and the Universal monster films will all tie in together at some point.

Characters from the monster universe films are expected to crop up in each other's installments before culminating in an "Avengers"-style tie-in film.

Oh, goody (sarcasm).
I want to use the old-school word 'rollicking' here. If there is one thing we can be certain of it is that Cruise and company will pull all the stops to make an entertaining flick. However, I am thinking of another word here and that word is stature.
I am having difficulty picturing Cruise as a Universal Monster slayer. The previous series of films had likable goofball Brendan Fraser in the lead but he at least had this physical presence about him. This isn't because Cruise is not a tall person. Just, I hope someone else get's what I am trying to say here.
Tweet Post Submit