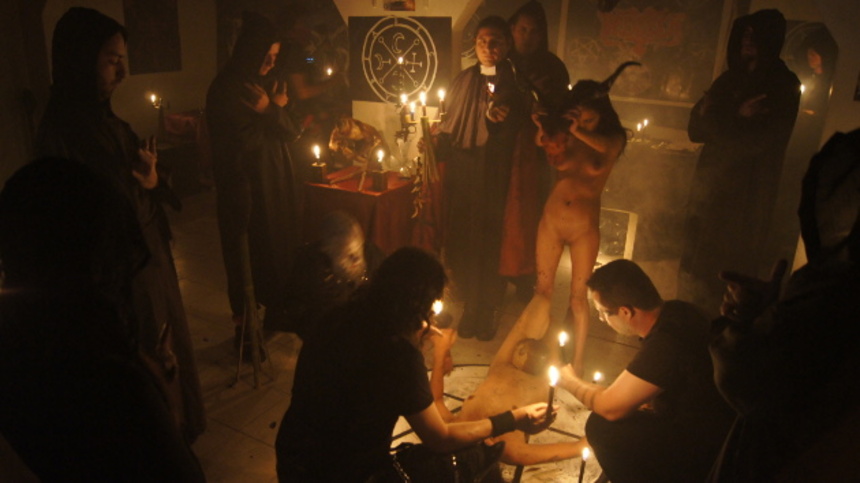 Take a look below at the first sneak peak of a scene from the upcoming Norwegian documentary Blackhearts, due out in early 2016. Production company Gammaglimt is about to launch a crowdfunding campaign to finance the remaining post production November 17th at IndieGoGo, and will feature one-of-a-kind perks donated personally by the godfathers of Norwegian Black Metal.

Norwegian Black Metal gained worldwide infamy in the early 1990s due to its link to Satanism and a series of church burnings, murders and suicides. The documentary Blackhearts follows three die hard black metal fans from Colombia, Iran and Greece as they risk their life, end up in jail and sell their soul to Satan as they pursue the dream of bringing their bands to the unholy birthplace of the music they love - Norway.

In this exclusive clip released today we meet Hector and his band-mates from Colombian black metal act Luciferian just as they have discussed their minimal chances of getting their visas to travel from Colombia to Norway. They decide to increase their chances by selling their souls to Satan in return for a visa.

"This was one hell of a day," says producer and co-director Christian Falch to ScreenAnarchy.com, "the ritual lasted for more than two hours, and the stench and smoke from the torches were killing us. I really hope Satan was listening, because there is no denying the effort."