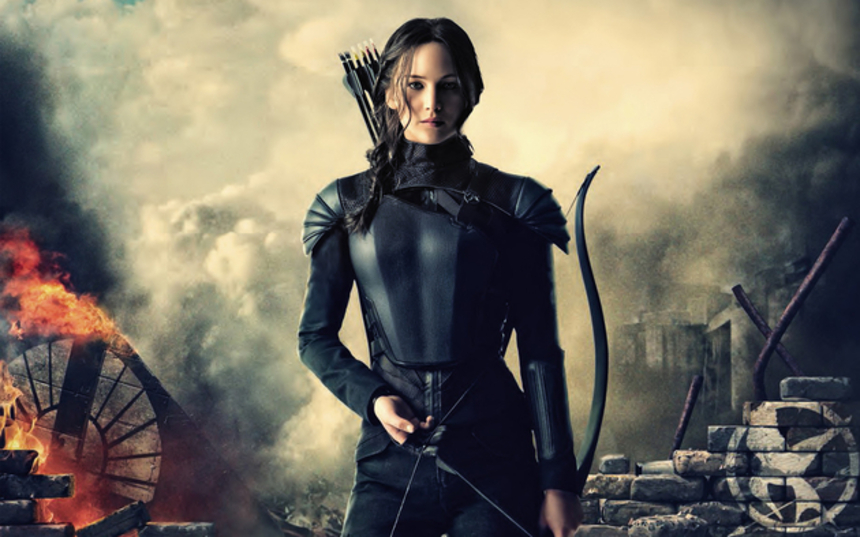 The Hunger Games franchise comes back for one last show in a bleak and tense finale that provides ominous conclusions to the themes it has been building over the previous three films. As a two-part final chapter, Mockingjay bears many similarities to the Deathly Hallows installments of the Harry Potter series, kicking off with a bleak, character-driven story punctuated by an uneven cliffhanger before closing out with an action-packed entry in which nobody is guaranteed to make it over the finish line.

In Mockingjay - Part 2, the rebellion has spread across the districts and is looking to take down one more strategic weapons cache before moving on to the Capitol. Katniss Everdeen is still the face of the revolution but rebellion leader Coin wants to keep her away from the front lines. Everdeen ignores her commands and sneaks away to the Capitol with a small team of elite fighters and former Hunger Games champions with one simple objective, kill President Snow. They fight their way through the booby-trapped terrain, which has become a city-size Hunger Games arena.

Having already seen her life torn to pieces and former friends torn apart before her, Everdeen is in no rush for more bloodshed, and she grows suspicious of the intentions of the people around her, many who speak of the necessary evils of sacrificing civilians supporting what they perceive to be the wrong side. With the idealism of the rebellion withering around her, the forced narratives being fed by the media on both sides, which was a focal point of the previous installment, smacks of ever more desperate opportunism as each character with a hand on the wheels of power seeks to trick the public for their own gain. Tossing in these elements alongside the film's many action and emotional beats is no small feat, but it's an act that director Francis Lawrence, back for his third entry in the franchise, balances well.

Despite the breadth of Panem and all its many characters around her, Jennifer Lawrence once again leads the show with a turn as Everdeen that is strong, subtle and sensitive. The same problems stir her character, but the canvas has been drawn wider and Lawrence ably carries the extra weight with her most emotional and powerful take on Everdeen yet.

Julianne Moore's rebellion leader gets a few shades more complex and Woody Harrelson's Haymitch is still one of the most compelling characters in Panem, but with so many people on screen, including many new protagonists, a number of top-class actors barely get a look in, including Jeremy Wright, Gwendoline Christie (joining her Game of Thrones co-star Natalie Dormer) and the delightful Elizabeth Banks, whose character is understandably absent from the battlefield.

For anyone only now getting over the passing of the great Philip Seymour Hoffman, Mockingjay - Part 2 offers a bittersweet reminder of his bottomless talents, as well as some awkward cover-ups towards the end of the film, when his Plutarch suddenly vanishes and is only spoken of in passing, with various throwaway excuses provided to account for his absence.

At 137 minutes, Mockingly - Part 2 doesn't always hold on to its momentum (though its pacing is certainly better than the previous entry) but as an emotional spectacle that seeks to do much more than entertain, Lawrence's film is a refreshing blockbuster more concerned with ideas than set pieces.

Do you feel this content is inappropriate or infringes upon your rights? Click here to report it, or see our DMCA policy.
franchise finalehunger gamesj-lawjennifer lawrencekatniss everdeenmockingjay

More about The Hunger Games: Mockingjay 2