Nikkatsu, Vertical Entertainment And XYZ Films Line Up For A HEADSHOT 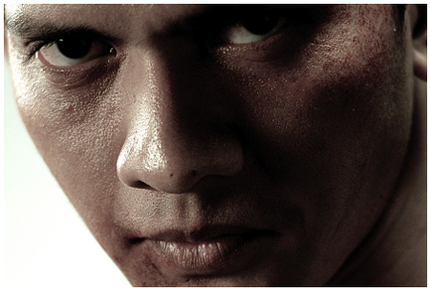 Deadline is reporting that the Mo Brothers' action thriller Headshot has been picked up for distribution by Nikkatsu, Vertical Entertainment and XYZ Films. The three companies are partnering on a day and date release of the Indonesian film. They will release the film on VOD and digital platforms, with some select territories getting theatrical releases as well.

Still in production in Indonesia, Headshot focuses on an amnesiac (Iko Uwais) who, Bourne Identity-style, washes ashore with a serious and mysterious head injury. Shortly after being nursed back to health by a young doctor (Chelsea Islan), his past comes back to haunt him. Along with Uwais and Islan, it stars Julie Estelle, and Sunny Pang.

Julie Estelle as you may remember is Hammer Girl from The Raid 2. The Mo Brothers (Timo Tjahjanto and Kimo Stamboel) are directing a script by Timo.
Nikkatsu is handling international sales and distribution is Japan and the rest of Asia, save for Indonesia. They also helped finance the flick. Vertical and XYZ will work here in North America. This marks XYZ's first foray into distribution. Production is expected to wrap up in December.
(You know that thing where we post news about XYZ Films then remind everyone that ScreenAnarchy founder Todd Brown is a partner there but he had no influence on the writing of this article? Yeah? This is one of those times again.)
Sign-In to Vote
Tweet 0 Submit

Do you feel this content is inappropriate or infringes upon your rights? Click here to report it, or see our DMCA policy.
HeadshotIko UwaisJulie EstelleKimo StamboelTimo Tjahjanto

Oh boy are these exciting news! Does this mean there will be shorter time window from premier to actually being able to catch on VOD?

That is very much the goal, yes, as is having it available everywhere around the world simultaneously.

The echo of Mo Brother's Killers is nearly negative in China (or so) although both Kazuki Kitamura and Oka Antara played roles in it.Hope they are going to make a good film next time together with Iko.