Five Flavours 2015 Review: THE LIGHT SHINES ONLY THERE Finds Hope In The Darkness 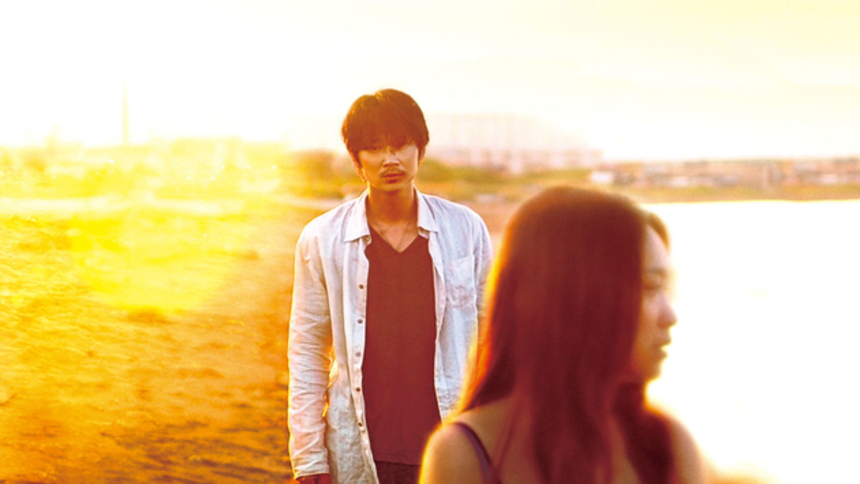 Sleepy Hokkaido sets the stage for an unusual friendship in The Light Shines Only There, in which a stoic young man holding on to a secret pain befriends a yellow-toothed, happy-go-lucky wastrel on parol. Destitution, emotional turmoil abound, yet this relationship, for its sincerity and unlikeliness, offers a magnetic, and ultimately poignant counterpoint to the bleak world director O Mipo chooses to explore.

Tatsuo spends his days drinking and gambling and his nights dreaming of bodies caught beneath mounds of rubble. One day, at a pachinko parlor, he brokers an unlikely friendship with the nervy Takuji through the exchange of a lighter. Takuji then invites him to his hovel of a home on a lonely, trash-strewn beach. There, Tatsuo meets Takuji's wordless mother, who must constantly sexually satiate her handicapped husband, and his young sister Chinatsu, who prepares a quick meal for them and immediately takes a shine to the quiet man. Industrial seamstress by day and prostitute by night, Chinatsu is also the mistress of a stentorian local boss with an inferiority complex.

The same pachinko parlors and lowlit bars as seen in Tokyo or Osaka litter O's film, but Hokkaido, with its industrial feel, offers a very different ambiance. Low-key and bleak, the surroundings are stripped or the quirkiness or modern affluence generally reserved for the bigger population centers, and offer little in the way of respite and opportunity for characters that simply exist, toiling day after day as they lack dreams and ambition. Scared by a work accident that took the life of one of his co-workers, Tatsuo wiles away his days quietly gambling and drinking.

Takuji is his polar opposite. Despite having done hard time to stabbing someone during a drunken fight, he bursts with caustic energy and unbridled enthusiasm and somehow finds pleasure in the small parts of his day. His sister's fried rice is enough to keep him in a good mood, and any sort of human connection brings out his good nature, along with his inherently poor manners.

Stubbornly glum and washed of most color, The Light Shines Only There is a dark story that steadfastly inures us to the misery of its characters. It would almost be too much, too unrelenting, were it not for the off-kilter charms of its leads, especially the coolly present Ikewaki Chizuru as Chinatsu and Suda Masaki, whose Takuji pops out of the screen every time he appears, flashing his dirty grin, invading the soundtrack with his piercing cackles and staggering across the frame as he zigzags, almost on the spot, with his wide-handled bike. Ayano Go is most typical as the silent, good-looking, long-suffering type, yet he also offers welcome glimpses of hidden depths in some choice dialogue scenes.

Japan's official submission to the Academy Awards earlier this year (though it was not nominated), The Light Shines Only There is a thoroughly involving affair from O, whose control of tone and balancing of offbeat characters keeps the whole thing from being too plodding or grim. O parlays quiet emotions and the film's ominous tone into a powerful finale, that invokes color and lively spirits (if only as a counterbalance) for the first and only time in the narrative.

The Light Shines Only There

More about The Light Shines Only There