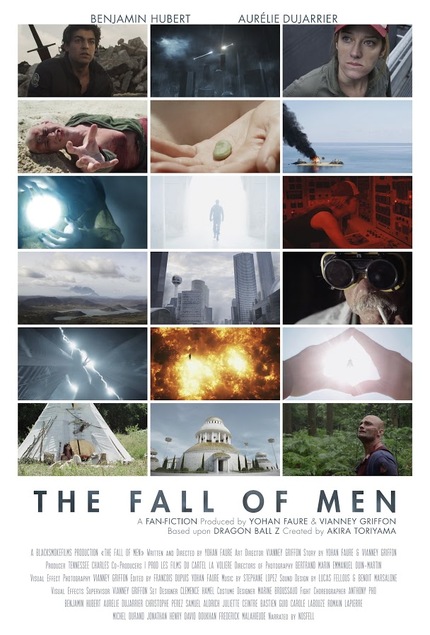 Dragon Ball Z fans waiting for a live action version of the massively popular manga and anime series, well ... let's just say they have not been well served in the past. But fortunately that fan base are also an industrious bunch and a group of fans in Europe have banded together to create a new half hour, live action fan film based on the series titled Dragon Ball Z: The Fall Of Men.

The World isn't like it's supposed to be. Something happenned along the way.

With these words TRUNKS reminds himself the arrival of  CELL, the loss of his friends and his training for combat. While he knows he doesn't have any chance, he will try to make the difference and bring back the lost hope.

This Fan Fiction was born from our desire to adapt DRAGON BALL Z into a film, while adopting a dramatic and realistic approach. THE FALL OF MEN is set in different future, inspired by characters of the DBZ saga, this untold story pays tribute to AKIRA TORIYAMA's universe.

The complete fan film is available online now, so if you've got a hankering to see what a grittier Dragon Ball experience would be like, take a look below!

Do you feel this content is inappropriate or infringes upon your rights? Click here to report it, or see our DMCA policy.
dragonball zfall of menfan filmlive actionshort film