Crowdfund This! Squeal Along With I USED TO BE NORMAL: A BOYBAND FANGIRL STORY 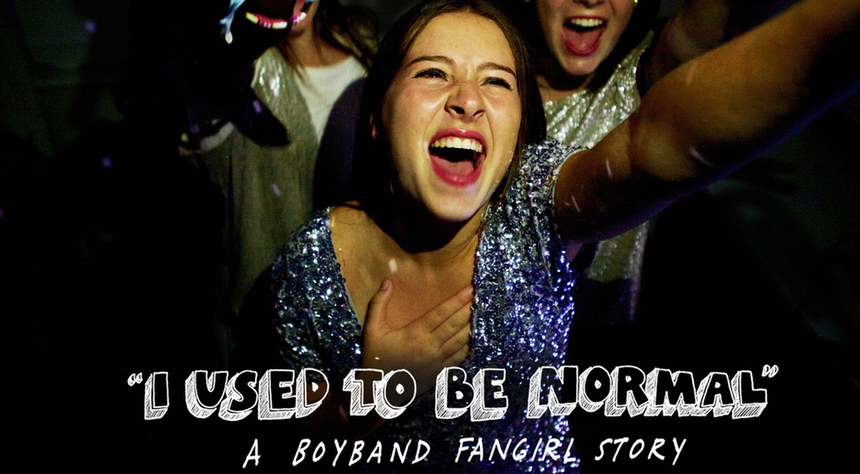 Ah, the boyband. We love to mock them but they are a cultural phenomenon not to be messed with and the Australian filmmaking team of Rita Walsh and Jessica Leski are heading deep into the heart of pre-teen darkness with I Used To Be Normal: A Boyband Fangirl Story.

This is a film about fangirls - the beating heart of boybands, from the Beatles to the Backstreet Boys to One Direction. We've met amazing people making this film and we want to share their stories and insights with you. Over the past three years we've interviewed passionate fans aged 13 to 65 from around the world. We've also spoken to music theorists, songwriters, educators, adolescent psychologists, neurologists, and even former boyband members as we explore the joys, innocence and awkwardness of being a teenager, whatever the era. Combining interviews with archival material, animation, and home movies, 'I Used to be Normal' will investigate the crucial role music plays in our lives, and explore the creativity, dedication and influence of the boyband fangirl.

Boybands are such incredibly fertile ground for a documentary that it's kind of amazing it hasn't been done before but Walsh and Leski are deep into their effort now and running a crowdfunding campaign to get them over the finish line. And, seriously, the Backstreet Boys managed to mount a comeback and how can you not want to know what fiendish power allowed them to do so? Check out the pitch video below and support the campaign here.

Do you feel this content is inappropriate or infringes upon your rights? Click here to report it, or see our DMCA policy.
backstreet boysboybandcrowdfundingdocumentaryfangirli used to be normaln syncone direction