Black Nights 2015 Review: BODY, The Connection Between Flesh and Spirit 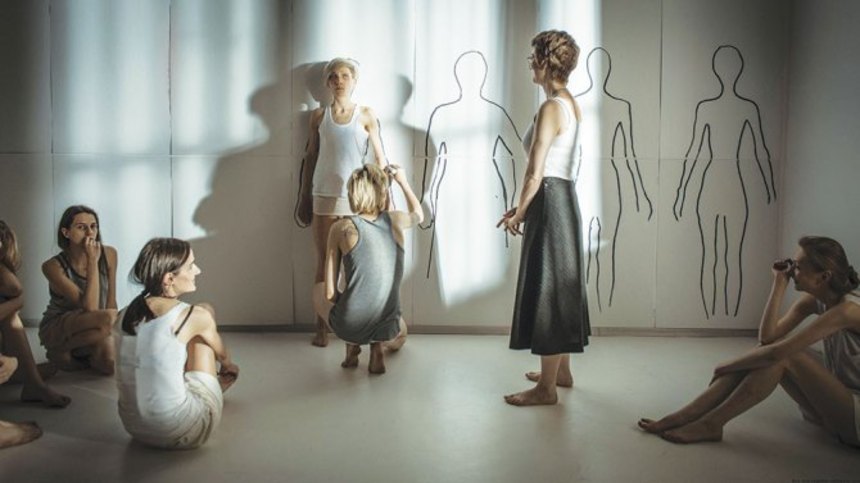 Malgorzata Szumowska's previous films (Elles, In the Name Of) have looked at the conflict between mind and body, in a darkly serious tone. In her latest film Body (which won the Silver Bear for Best Director at Berlinale), she again looks to how mind and body interact, but with a decidely comic tone, though it's still a dark one. It's a rather absurdist look at how three connected people deal with death and grief, told with intimacy and engaging characters.

A prosecuting attorney (Janusz Gajos) visits the sites where various citizens of Warsaw have died, either by their own hand or someone else's, and in the meantime, lives with and tried to help his daughter Olga (Justyna Suwala). Olga suffers from anorexia, and her mental state has worsened since her mother's death several months before. She is in a support group run by Anna (Maja Ostaszweska), a counsellor, who in her spare time is a medium who claims to be able to communicate with the dead.

The story unfolds as a series of interconnected scenes, glimpses into the three character's lives that slowly piece together their stories and connection. The attorney must frequently visit gruesome death scenes, and so has the stomach to help his daughter when she purges, but lacks the mental capacity to help her spirit. Olga attends her support group with other suffering form eating disorders, and slowly opens up about her hatred of her father. Anna leads this sessions through a kind of art therapy, then returns to her private life looking after her large dog, and at nights, writing cryptic notes that she claims to receive from the beyond.

The progression of tale is linear, and each scene connects to the next, but Szumowska eschews exposition in favour of impression. There is only so much we can know about the people around us from brief moments, and so that is what she gives. This is where the comedy lies: in Anna's conduction of a therapuy session with improvised dance; Olga's despondance and refusal to eat, coupled with her own muted joy of the dance; the attorney's stoicism in the face of gruesome death, and ability to smile when his lover puts on an impromtu dance for him, half naked and smoking.

The film is really a series of dances, both real and metaphorical. Father and daughter dance around the truth of the mother's death and the toll it has taken on their relationship. Anna dances around the truth of her 'gift' and how she uses her talents to help other people. Olga dances around the reasons behind her illness and her refusal to help herself. There is never any attempt by Szumowska to make these character improve their situations through force of will; the camera is placed to show them as they muddle through, as if in a game of musical chairs. But there are chairs for all of them, and in a final bid to rid themselves of the demon that is the mother's death, the attorney and Olga share a slow movement towards healing.

Combining a family drama with a touch of the supernatural is not necessarily new, but Szumowska adds more than a dash of humour. But these are not character to be laughed at, but rather laughed with, as the absurdity of their lives relfects the absurdity of our own, with situations that can only be understood from the inside out.
Tweet Post Submit

Do you feel this content is inappropriate or infringes upon your rights? Click here to report it, or see our DMCA policy.
Black Nights 2015BodyJanusz GajosJustyna SuwalaMaja OstaszewskaMalgorzata Szumowska