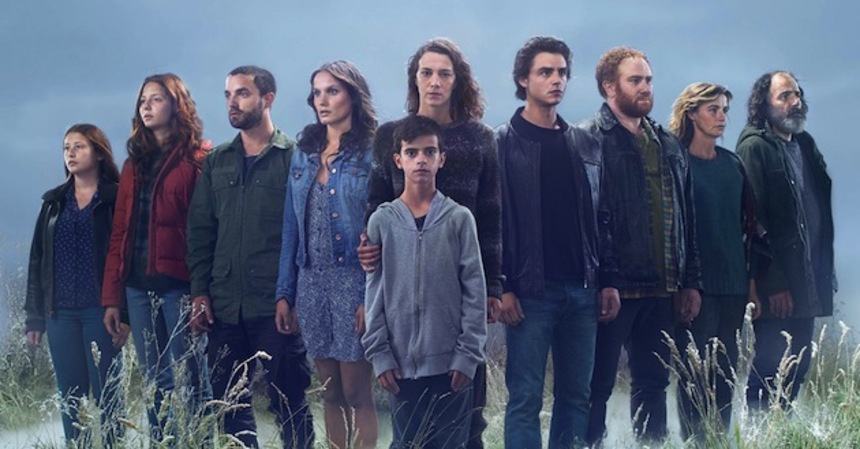 The Fabrice Gobert created supernatural show The Returned was a big favorite around these parts when it premiered a few years back.

A slow cooker, with atmosphere and WTF moments aplenty, the show revolved around the residents of a provincial French town who had to deal with loved ones returning from the dead.. but were not undead in the modern zombie sense... they were seemingly fully alive, and with no memory of their deaths. It's as if they just woke up from a nap.

More Twin Peaks than The Walking Dead, Gobert and company gave us one killer first season and then went off to craft season 2, which, if you live in France, has been three years in the making, and two for us stateside.

Season 2 premiered on Monday night in France, and today, ahead of its U.S. broadcast on SundanceTV on Halloween night, we've got a fresh trailer for you. It's certainly a big tease, with lost of captivating images, and behaves far more sensationally than the show itself tends to do, but if it doesn't get you pumped... And for newbies stateside, catch up with season 1 on Netflix.

Do you feel this content is inappropriate or infringes upon your rights? Click here to report it, or see our DMCA policy.
Fabrice Goberthorrorles revenantssupernaturalthe returned