The Clown Brings Death In The Full Trailer For Indonesia's BADOET 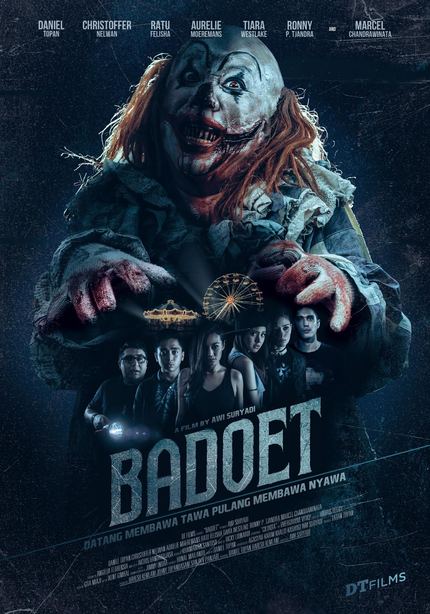 It would appear that a fear of clowns is not just a North American phenomenon, with audiences all around the world having learned a healthy distrust of those painted on smiles. That certainly seems to be the case in Indonesia where director Awi Suryadi is preparing for the release of clown themed slasher Badoet.

The entity responsible for the heinous deaths is revealed after our heroes find  drawings of a clown made by all the victims, and, later, by VINO (Fernandito Raditya), the 9-year-old son of feisty landlady RAISA (Ratu Felisha)--who clearly now is in danger. With help from the eccentric indigo siblings NIKKI (Tiara Westlake) and ROCKY (Marcel Chandrawinata), our heroes do their best to save the boy.

As Donald and his friends begin their attempt, terror starts to mount. Our heroes soon realize that they are facing a force that disguises its darkness through laughter--a force so menacing, it will not hesitate to take lives to get what it wants: immortality.

We've shared a teaser for this one before and are pleased to return with the full, English subtitled trailer. Production values are very solid throughout and this looks to be great fun. Check it out below.