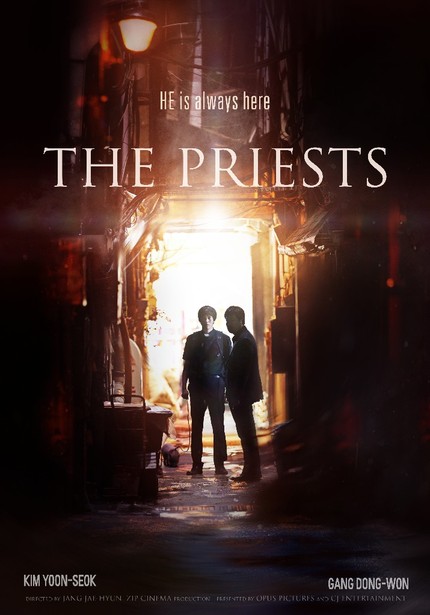 Given the strong presence of Christianity in South Korea along with that nation'shistory of horror film it's really quite surprising that there haven't been more angels and demons popping up in K-horror offerings over the years. But that looks to be changing with the arrival of Jang Jae-hyun's The Priests.

A young girl is in coma after a hit-and-run accident. Father Kim (KIM Yoon-seok) believes that she is possessed by an evil spirit, and seminarian Choi (GANG Dong-won) gets involved in the case as his assistant. But as they're trying to investigate the case, Choi becomes suspicious of Father Kim, and the faith of the two priests starts to be tested.

Kim Yoon-seok - familiar from The Thieves and The Yellow Sea - plays opposite Gang Gong-won - one of the nations brighter young talents - and the international trailer for this one looks very promising. Take a look below.

Do you feel this content is inappropriate or infringes upon your rights? Click here to report it, or see our DMCA policy.
gang gong-wonhorrorjang jae-hyunkim yoon-seokkoreathe prieststrailer