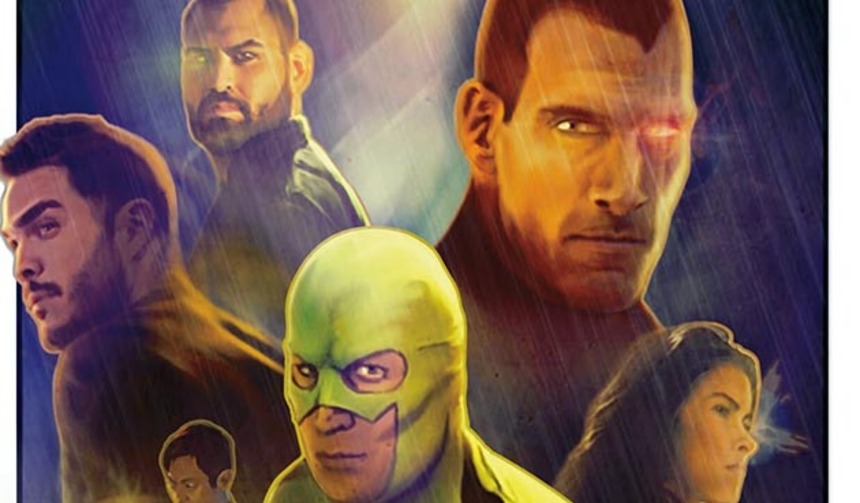 Marko Zaror has been a Fantastic Fest staple for a number of years, but there were a few people wondering just why Marko is here this year when he doesn't have a film in the fest. Now we know. Michael D. Olmos's action flick The Green Ghost (in which Zaror stars) will be showing 10 minutes of footage at Fantastic Fest ahead of the 8:30pm screening of Gridlocked tonight. As Olmos put it, "Marko said we had to do it for the great people of Fantastic Fest... so we're doing it."

Probably not a good idea to say no to Marko Zaror.

If that wasn't enough we've got the exclusive debut of The Green Ghost poster for you right here, right now. Check it out, and if you're in Austin, go see the 10 minutes of footage presented by Zaror and Olmos today. Do you feel this content is inappropriate or infringes upon your rights? Click here to report it, or see our DMCA policy.
Cain VelasquezFantastic FestMarko ZarorAaron Lee LopezComedy

More about The Green Ghost