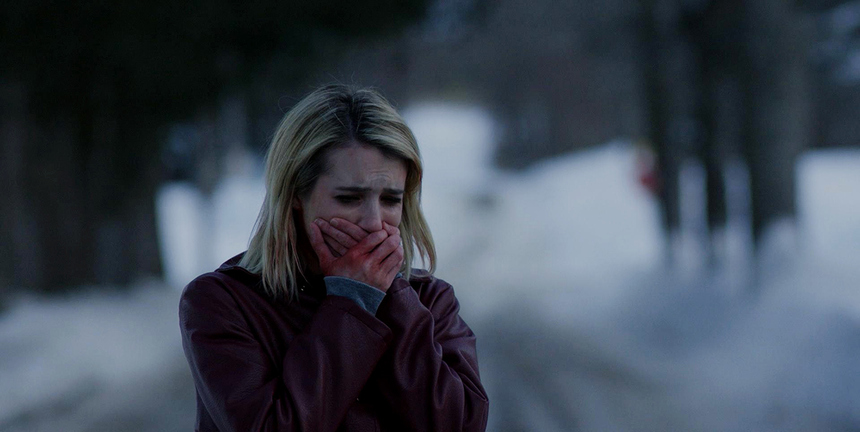 With the world premiere of Osgood Perkins' debut feature, February, just around the corner at the Toronto International Film Festival a new clip has just been released showcasing the supremely creepy mood of the piece.

In FEBRUARY, beautiful and haunted Joan makes a bloody and determined pilgrimage across a frozen landscape toward a prestigious all girls prep school, where Rose and Kat find themselves stranded after their parents mysteriously fail to retrieve them for winter break.  As Joan gets closer, terrifying visions begin plaguing Kat, while Rose watches in horror as she becomes possessed by an unseen evil force.

Perkins - the son of Psycho star Anthony Perkins - has clearly learned a lesson or two growing up surrounded by genre cinema and he puts those lessons to great use here. Take a look at the clip below.