The Trailer For POV Actioner HARDCORE Totally Is 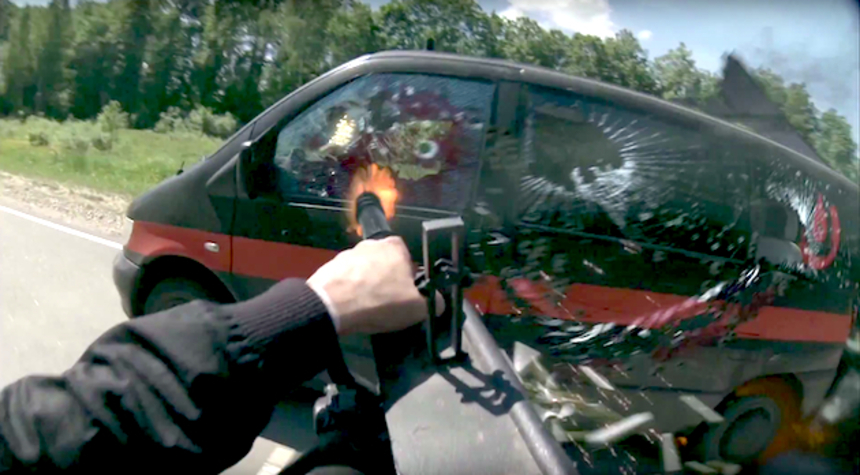 Ahead of its world premiere tonight in Toronto's Midnight Madness section, a trailer has dropped for Ilya Naishuller's first person actioner Hardcore. The less said about the trailer the better, but first...

You may recall that Naishuller and his team were behind the POV thrill rides Motherfucker and The Stampede, music videos shot on GoPros for his band Biting Elbows. I'm not quite sure what the videos did for the band, but they sure as hell got heads turning in the film industry, and Hardcore is the feature film result.

Hardcore" is told entirely from the point of view of a cyborg named Henry. Resurrected with no recollection of his past, Henry (the audience) andhis ally, Jimmy (Sharlto Copley, "District 9") must fight through the streets of Moscow in pursuit of Henry's kidnapped wife in the world's first action-adventure film to be shot 100% from the first person perspective.

Now to that trailer...

Do you feel this content is inappropriate or infringes upon your rights? Click here to report it, or see our DMCA policy.
first person actionhardcoreIlya NaishullerPOC actiontiff 2015Toronto 2015Toronto Film Festival