THE FORBIDDEN ROOM Trailer: What Do Baths, Flapjacks And Volcanoes Have In Common? Guy Maddin! 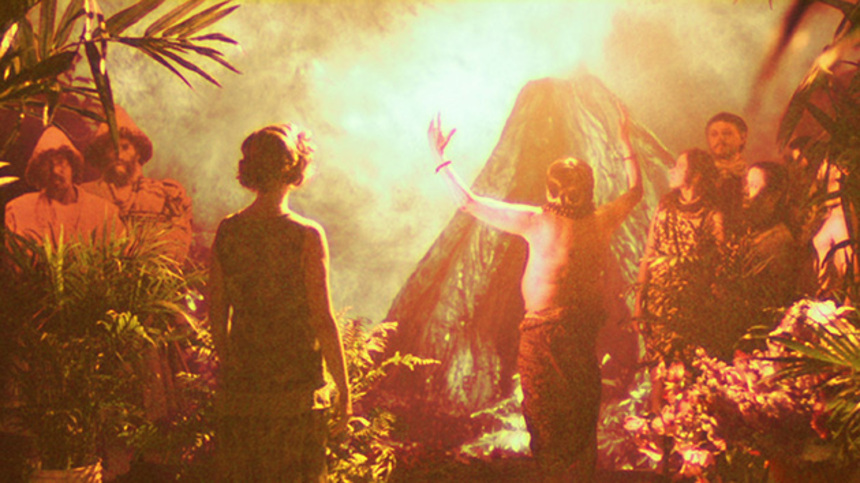 To dream the volcanic dream... to flap jack the un-flap-jackable air...

Canadian avant-garde darling Guy Maddin has teamed up with Evan Johnson to co-direct the phantasmagoric menagerie The Forbidden Room, a pulp adventure infused layer cake of cinematic WTFs and pure wonder. When Jason Gorber and I saw the flick at Sundance we couldn't help but laugh uproariously at its mad genius musings on form, logic and time in the motion picture show.

Here's an excerpt from Jason's review: "the irony of a work titled The Forbidden Room is that it's actually an inviting film, welcoming you in to spend some time being bombarded by sound and vision elements that are fragmented and obscure yet delightfully amusing. There's no cynicism or arrogance in the telling, it's just a bunch of weirdness shoved into a package called "feature film" that allows one to travel back in time."

Ahead of its stateside release on October 7 by Kino Lorber, we've got a wacky little trailer to watch just below!

Do you feel this content is inappropriate or infringes upon your rights? Click here to report it, or see our DMCA policy.
evan johnsonguy maddinthe forbidden room