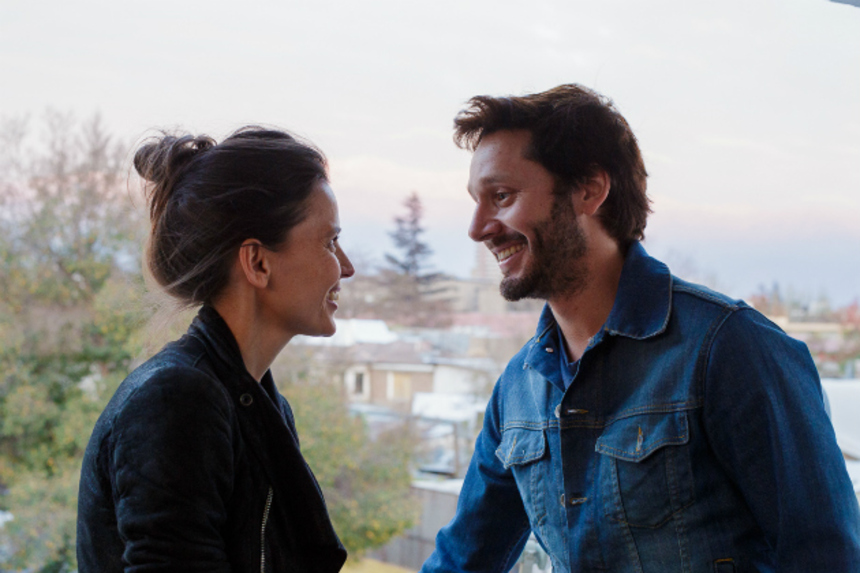 Matias Bize has made films worthy of praise in his career, starting with his first feature Sabado, filmed in one shot with a camcorder for a little over an hour, about a wedding and a woman who tries to get it cancelled.

Since then he has made other films that have maintained a directorial restriction, like having a movie just taking place in a bed, in one apartment, during the course of one night, etc. This latest film was the only one that had a story restriction: it had to be about a couple after the death of their child.

Co-written with his usual collaborator, Julio Rojas, this film stars the Chilean actor Benjamin Vicuña and the Spanish actress Elena Anaya (The Skin I Live In) as the couple that starts breaking apart and separating once the film starts. The tragedy has already occurred and we're not given flashbacks nor memories of their time together, as the film just plows through the events, going forward into time and spiraling down into a bleaker and less bright future.

Our protagonists are quickly separated and we are given their point of views very clearly very early. They both obviously mourn the death of their son, but for Javier (Vicuña) it's something very hurtful that he wants to work with his wife, he wants to make it better, he wants to continue, as life goes on. But for Amanda (Anaya) there is no end in sight for her suffering, how she remembers every second her son and what she did with him is incredibly hurting for someone like her, who wanted to be a mother and now she had that taken away from her.

Devoid of any political or historical setting, the story makes way for the emotion, but not a tear-jerker or something that would pull your strings just to make you cry. The film is beautifully shot as it chronicles the debacle of their relationship, how she finds her peace by having a relationship with an ex-boyfriend, while Javier has his comfort by doing his job well enough, at least that's until he falls down and is unable to live a meaningful life, having to take strong and important decisions so he can continue on, as he wants to.

There is an underlying theme about space exploration that is around the borders of the story, as its always the case with the scripts that Bize co-writes with Julio Rojas, where his latest obsession always drips through and makes its way to the screen. The space elements does give the idea of this incredibly cold and hostile place in which we are lucky to be alive, but at the same time it gives the image of loneliness, of being in a void, where no one can get to us, where everything else dead, just like their son.

The movie tricks you towards the end, and thus become a deeper and more emotional experience, because it makes you want to believe a happier outcome, but along comes the bleaker point of view of Amanda, that brings the whole situation into a new perspective, one that is hard to hear, but needs to be heard. It's at their final conversation that the thesis and the final positions of the characters shine through, and that makes it a sad little film, one that can break you if you aren't strong enough.

The film participated in the Santiago Film Festival, but it's on most Chilean theaters now.