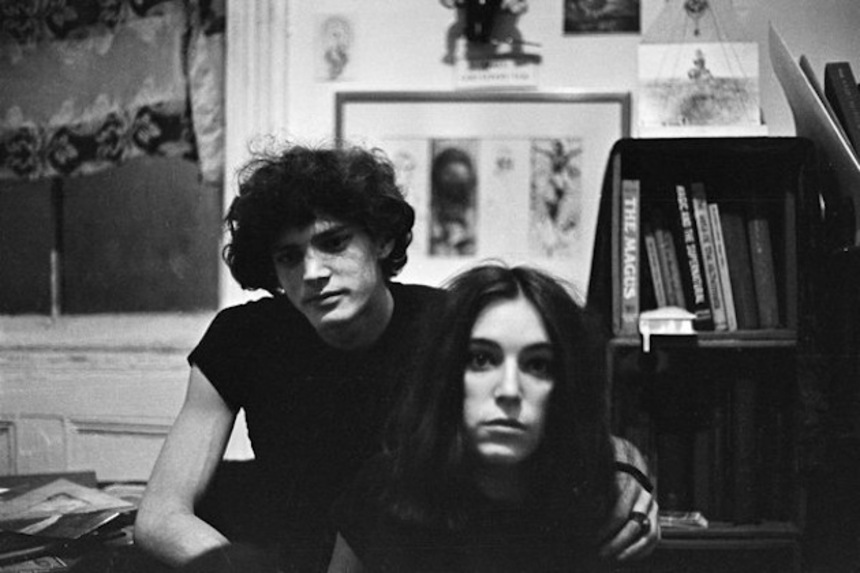 Patti Smith's 2010 memoir Just Kids is one of those books that is just full of magic.

Charting the protopunk's bohemian New York Days with artist Robert Mapplethorpe, Smith's work nabbed the National Book Award for nonfiction for damn good reason. One doesn't have to be a fan of Smith's music, nor of the Underground/Avant-Garde/Punk scenes, to appreciate her intimate, gentle and soaring text. It's just a great book about youth and love and the desire to create. Bar none.

So of course a legendary artist's life needs to be adapted to the screen, right? For good or ill that seems inevitable. As it just so happens Smith herself has been co-penning such an adaptation with Penny Dreadful mastermind John Logan since 2011. It is today that a deal with Showtime has gone through for a limited series. Makes perfect sense as that's where Penny Dreadful has been delighting audiences with its equally brash pulp and sincerely rich take on classic horror characters for two, soon to be three seasons.

Co-produced by Logan's Desert Wolf Productions, the Just Kids adap doesn't have an air date yet, but I'd imagine we'd see it no later than 2017. As to just who could play Patti and Robert... my two cents go to casting unknowns, or nearly so. I can't think of any established age appropriate actors out there... That said, any suggestions?

Do you feel this content is inappropriate or infringes upon your rights? Click here to report it, or see our DMCA policy.
john loganjust kidspatti smithRobert Mapplethorpeshowtime

I've thought long and hard about the casting of this film. I thought Charlotte Gainsbourg and Jonathan Rhys Meyers would've been good like, 5 years ago when I first read the book. But they are too old aren't they?

They are certainly 15 years too old, but otherwise that feels pretty spot on, Dusty.