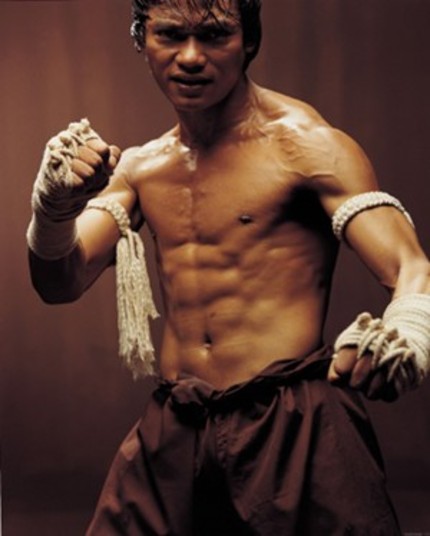 And in the end, it was all for nothing ... a years-long dispute between Thai action star Tony Jaa and Ong Bak production studio Sahamongkol came whimpering to an end yesterday with Sahamongkol withdrawing their $50 million lawsuit against the star and Universal Pictures.

The long running dispute has been heavily covered in these pages over the years and I won't attempt a full recap of the long and winding story here but suffice it to say that the relationship between star and studio fractured in the production of Ong Bak 2 and has just gotten progressively weirder since. The roots of the dispute lie in Jaa's contractual status, the star having initially signed a ten year exclusive contract with the studio that blocked him from any outside work at all without Sahamongkol's permission, permission which Sahamongkol universally refused to grant. When that initial contract expired the studio sent a ten year continuation to Jaa's family home and despite Jaa not receiving or signing the extension himself - it was received by a family member - Sahamongkol insisted that it was binding and they continued to own his rights for a further ten years and that by appearing in Fast And Furious 7 for Universal he had breached his contract, prompting a $50 million dollar lawsuit and an attempted injunction against the release of the film in Thailand just days before its scheduled premiere.

But now? Now Sahamongkol head Sia Jiang has withdrawn the suit entirely and says he will no longer attempt to interfere in Jaa's career noting that he has his own work to do as well.