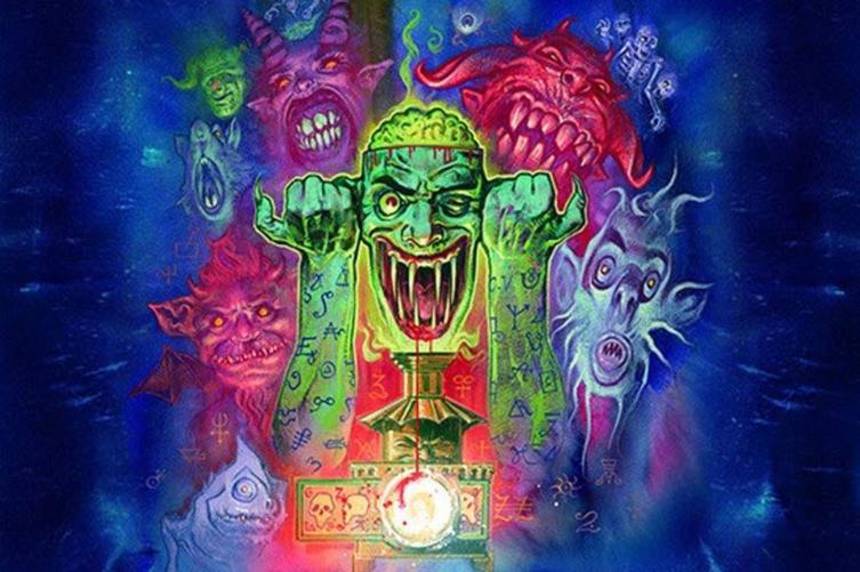 If there is a bright spot to the end of summer in London, it is undoubtedly FrightFest, that long-awaited long weekend of horror and fantastic cinema delight. And this year is bigger and better than ever, with 76 films, 20 of which are world premieres.
With new films, retrospectives, special events and short film showcases, it is a must-attend event for genre films fans of the UK. (Full disclosure: I am the shorts programmer for FrightFest, so obviously I have a bit of bias). This year's lineup has some of the widest variety, from classic horror to psychological creepiness, monsters and villains, blood and body parts.

Some of the titles I'm eagerly anticipating: the opening and closing night films, Cherry Tree and the anthology Tales of Halloween, respectively. Ruth Platt's The Lesson, psycho-thriller Deathgasm, Isabel Coixet's Another Me (this might be the first time such as legendary auteur of more 'serious' cinema has had a film in a genre festival, which is amazing), Takashi Miike's Over Your Dead Body, and a special screening of the documentary Future Shock! The. Story of 2000AD.

Plus, the Duke Mitchell Club returns with a special evening of films from the golden age of Turkish Cinema. As well, due to incredible popularity last year, the short film showcase has expanded to three screenings, and those will be announced in the coming weeks.

But there is so much horror and fantastic film goodness, it is melting my brain (or that could be the Madrid heat). The full list is in the press release below.

Bigger, bolder, bloodier...Film4 FrightFest 2015 marks its 16th year with its largest  line-up ever. From Thurs 27 August to Mon 31 August, the UK's leading event for genre fans will return to the Vue West End, Leicester Square to present seventy-six films across five screens, plus a host of special events. There are eighteen countries representing five continents with a record-breaking sixteen European premieres and twenty-six UK premieres. In addition, there is a further 'Discovery' strand at The Prince Charles Cinema, signalling a welcome return to FrightFest's spiritual home.

If the Discovery Screen Strand has increased in popularity, so has the Retrospective selection. This year audiences will be able to discover an eclectic programme straddling grindhouse to art-house with brand new restorations of the classic HELLRAISER, the giallo masterpiece YOUR VICE IS A LOCKED ROOM AND ONLY I HAVE THE KEY, the exploitation duo MADMAN and THE MUTILATOR, the cult Hammer Horror CAPTAIN KRONOS: VAMPIRE HUNTER, the high camp HAWK THE SLAYER and the high-end horrors TENDERNESS OF THE WOLVES and THE REFLECTING SKIN.

Plus the Duke Mitchell Film Club is back with a rare screening of REMAKE, REMIX, RIP-OFF a crazy experience of the golden years of Turkish cinema, where demand was high, technical know-how low and copyright law non-existent! And the popular Duke @ Frightfest Film party is back too.

This year's other special events, the growing guest list and the expanded Short Film Showcase entries will be announced in the coming weeks.

Alan Jones, Festival co-director, said today: "It is with great pride that we announce the line-up for the UK's biggest, best and most renowned genre festival which is now a globally recognised brand. Our sixteenth year sees yet another enhancement of its core mission to bring the finest in home grown and international fear to the dark heart of London's West End.

Embracing everything outstanding about the horror fantasy genre, whether it be from mainstream mayhem or director's daydream to quirky independents and major talent detection, the Temple of Terror that is Film4 FrightFest returns with a vengeance to the flagship Vue Cinema in London's Leicester Square."

Festival and day pass sales will go on sale Sat 4 July at noon and will only be available online at advanced ticketing. A festival pass costs £185. Day passes are: Thursday £30, Friday and Saturday £60, Sunday and Monday £50.