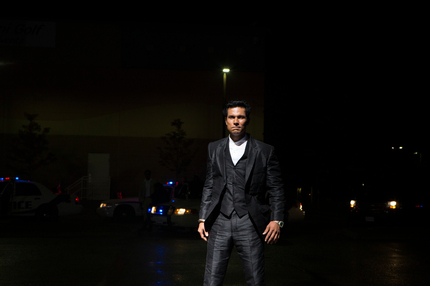 Guns and drugs and blood may not be the first things that spring to mind when thinking of acclaimed Canadian director Deepa Mehta but she's setting out to change that with her upcoming effort Beeba Boys. A crime story revolving around organized gangs of second and third generation Indian immigrants along Canada's west coast there's a dash of Johnnie To to be found here. And with the film freshly announced as part of the Toronto International Film Festival the first trailer has just arrived.

BEEBA BOYS is a ferocious, fast-paced story inspired by real incidents and characters. It takes us inside the world of Jeet Johar, a loving single father, a dutiful son, a proud, observant Sikh and a ruthless gangster managing a team of stylish, charismatic but brutal and unforgiving young men. Competing with rival gangs for increasingly shrinking turf, Jeet is under pressure that only increases when he falls for a beautiful blond juror at his murder trial and takes under his wing a new member with a suspicious background.