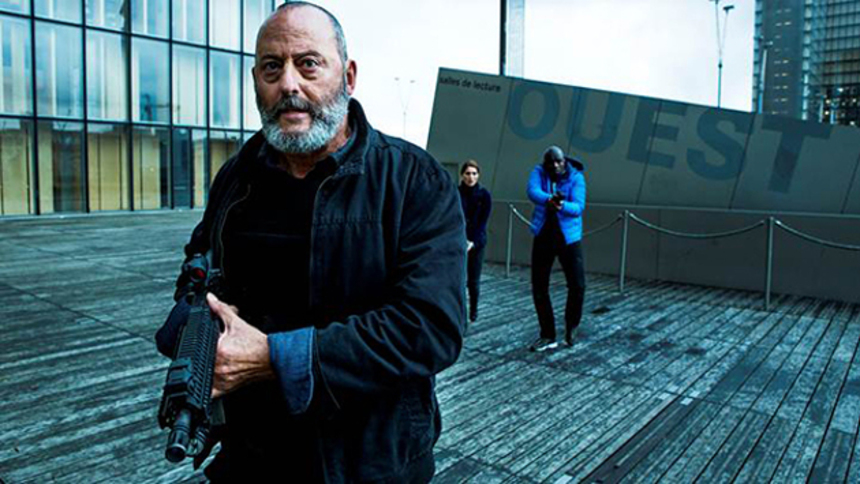 Throughout his long career, iconic French star Jean Reno's films have tended to fall into one of two camps. On the one side - the side that tends to export the most and be most seen by foreign audiences - there are his serious action pieces, films that capitalize on the success of Luc Besson's Leon: The Professional with Reno as an often violent antihero. And on the other side - the side that really pays the bills back in France - Reno is a highly sought after comedic lead. The two sides of Reno seldom meet but director Benjamin Rocher looks to be delivering the comedic and the action oriented Reno in equal measure with the upcoming Antigang.

The formula here looks familiar enough with Reno playing a highly decorated, near legendary senior cop, matched up with a team of young, unconventional upstarts. Bullets and jokes fly. the first trailer for the film has just arrived and things are super slick with Reno delivering what - in this brief glimpse - looks to be one of his more charismatic performances of recent years. He certainly appears to be having more fun than we've seen in a while. Check it out below!

Iconic French star Jean Reno (The Professional) looks to be fusing his comic persona with his tough guy image for upcoming action comedy ANTIGANG and the new trailer is pretty darn compelling. What do you think?

Posted by ScreenAnarchy on Monday, July 6, 2015

Do you feel this content is inappropriate or infringes upon your rights? Click here to report it, or see our DMCA policy.
action comedyantigangbenjamin rocherfrancejean renotrailer