STAR WARS: Will The Second Anthology Film Tell The Story Of Boba Fett? 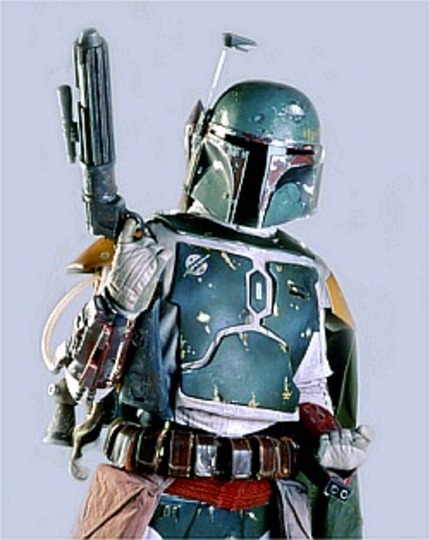 Perhaps this is damage control after the exit of Josh Trank. Perhaps this is the producers simply saying, "Don't worry, we got this". Still. If this manages to turn out to be true then this is a Star Wars film that the fans have been asking for. A Boba Fett origins movie.
You know. After Mace Windu cut his dad's head off. Obviously.
Maybe this is The Wrap looking to get out ahead of everyone else. Disney did not confirm or comment to their claim. A Boba Fett origin story has long been rumored as a possibility. Someone in The Wrap's camp has enough to go on now to claim it to be true.
With this report it looks more and more that every Anthology film will be continue to be free of Jedi. The first film, directed by Godzilla's Gareth Edwards, will be a Dirty Dozen style flick about the stealing of the Death Star plans.
This second film will focus on the famed Mandalorian warrior turned bounty hunter with less screen time than a Gamorrean guard at Jabba's palace. It is very likely that it will explore the untapped world of bounty hunters in the Star Wars galaxy.
It will likely be some time before anyone commits to what the third Anthology film will be about, since we should not expect that until 2020. We have time.
Tweet Post Submit

Do you feel this content is inappropriate or infringes upon your rights? Click here to report it, or see our DMCA policy.
anthology filmBoba Fett. Bounty HunterMandalorianStar Wars