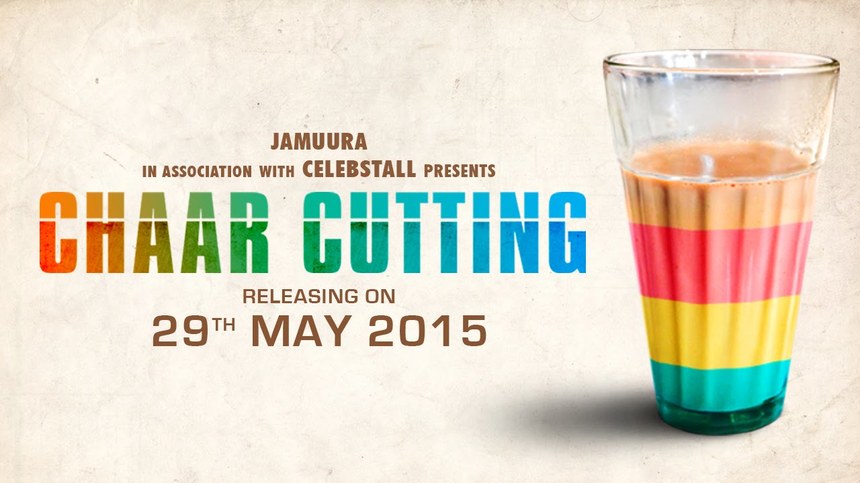 This weekend a new film is opening in India. Chaar Cutting is an anthology of four short films getting a regular theatrical release, showing an increasing interest in the work of short filmmakers in India.
In North America, anthologies, apart from the occasional horror project, are extremely rare in any theatrical setting. However, short films are beginning to get some representation in India as Chaar Cutting marks the second release this year, the first being the Tamil language Bench Talkies, in which young filmmakers are given a theatrical platform to tell their stories.

I have only seen one of the shorts, Vijayeta Kumar's Blouse, as it played at the DFW South Asian Film Festival where I am a programming advisor, but it is superb. Kumar's delicate and knowing grasp of the extremely nuanced interactions between the genders in India is both eye-opening to outsiders and empowering to women in India who respect tradition and progress. If the other three films are half as good, it'll be well worth the money for film-goers.

Manila Running
Landing in the Philippines for a surgery that he's a little embarrassed to discuss, Jacques experiences the unexpected.

Skin Deep
An excited young couple's first 'adventure' of wanting to make love, is tested, when the guy discovers the extra piece of foreskin that causes hindrance.

Bawdi
A young man from a small village of Rajasthan sacrifices his personal desire and chooses the path he was yet not so convinced about.

Blouse
Nobody can make a 'Blouse' without its proper measurement. But a school master from a village makes this impossible task possible.