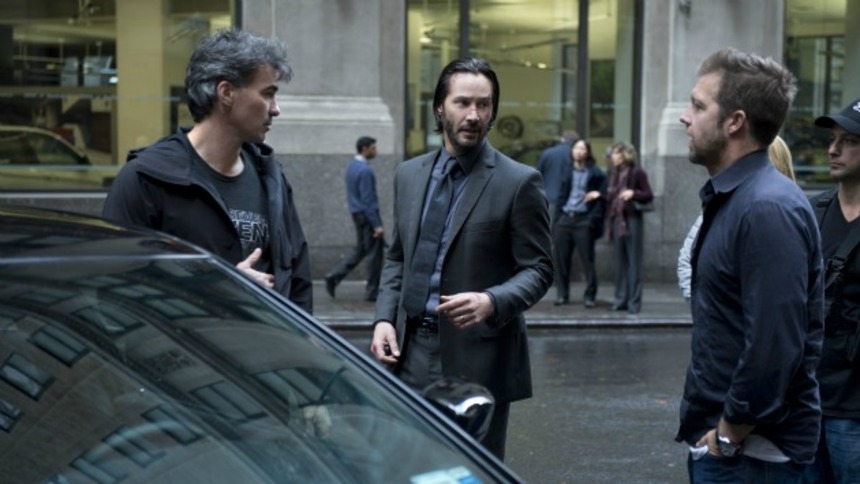 According to the report over at The Wrap, Lionsgate confirmed today that John Wick star Keanu Reeves, and the original directors David Leitch and Chad Stahelski and screenwriter Derek Kolstad, will all return to make John Wick 2.

"With such tremendous fan and critical support for 'John Wick,' we knew that there was still so much more of this story to tell," said Jason Constantine, President of Acquisitions and Co-Productions at Lionsgate in a statement. "We are thrilled that Keanu, David and Chad have re-teamed with us and promise to bring audiences even more excitement the second time around."

This is very good news for fans of their first film. Count many of the writers here at ScreenAnarchy among them.
If it ain't broke, don't fix it.
Sign-In to Vote
Tweet 0 Submit

Do you feel this content is inappropriate or infringes upon your rights? Click here to report it, or see our DMCA policy.
Chad StahelskiDavid LeitchJohn Wick 2Keanu Reeves

As long as Keanu stays away from disasters like 47 Ronin, then I hope John Wick 2 turns out as good as the first one?

Good news! Wick was just pure entertainment, something too many $250 million blockbusters forget how to provide.

They are going to kill his cat in this next one.

Glad to hear other,s have a similar feeling towards this feature..
--
In and of itself - the film was, .."Tolerable to Adequate." ...kinda.
But, when compared to/with other "similar" fare ...*Dead Man Down, The Art of War, Unleashed, Klute, Oldboy (foreign 'cut'), Headhunters, The Last Boy Scout, Largo Wench, and Largo Wench II: The Burma Conspiracy. ..to name but a fistful of others*; it just started plummeting, fast.

..film had me cheering though 'til the third or fourth quarter; when it just seemed to loose a lot of its direction and drive.
~
That (strip)club sequence tho" ....ROCkED; and i found to be Very ..Tight.
*imo, this sequence should be used as a template for future films of similar make and model.