Crowdfund This! The Creators Of BAD GUY #2 Lay On The DEATH METAL! 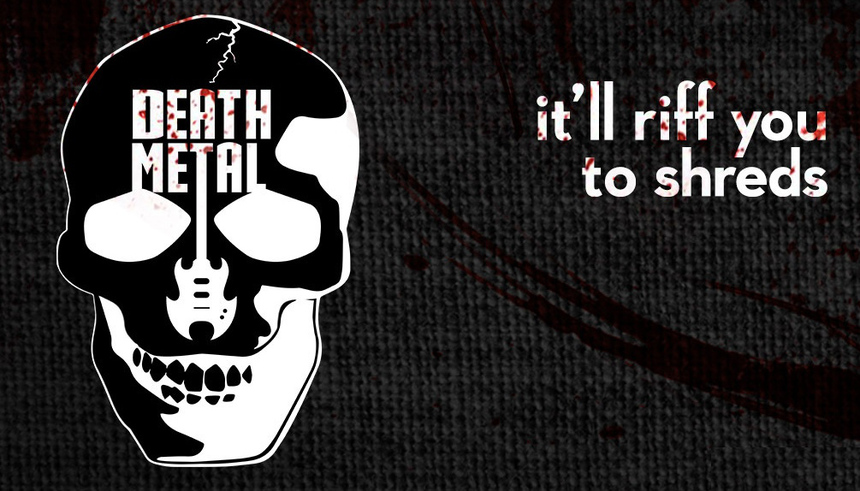 What death metal needs is more death. At least that's the thinking of Austin based filmmaker Chris McInroy, who is currently coming to the end of a crowd funding campaign to support his latest horror comedy short Death Metal.

From the team that brought you Bad Guy #2 comes a comedy short film about a young metalhead who gets handed down a guitar by his metalhead dad who got it from his dad and so on and so on. This badass guitar comes with some rules though. And of course our irresponsible metalhead hero doesn't follow those rules and the carnage begins!

McInroy's previous short - Bad Guy #2 - has been a big hit on the festival circuit and while it's continuing its international run now, McInroy has taken the unusual step of making the film available online in its entirety while still doing festivals, though only for the duration of the Death Metal crowd funding campaign. So if you want a taste of what McInroy and his team can do, check out the full Bad Guy #2 short below, his Death Metal pitch video below that, and support the crowdfunding campaign here!

Do you feel this content is inappropriate or infringes upon your rights? Click here to report it, or see our DMCA policy.
bad guy #2chris mcinroycrowd fundingdeath metal