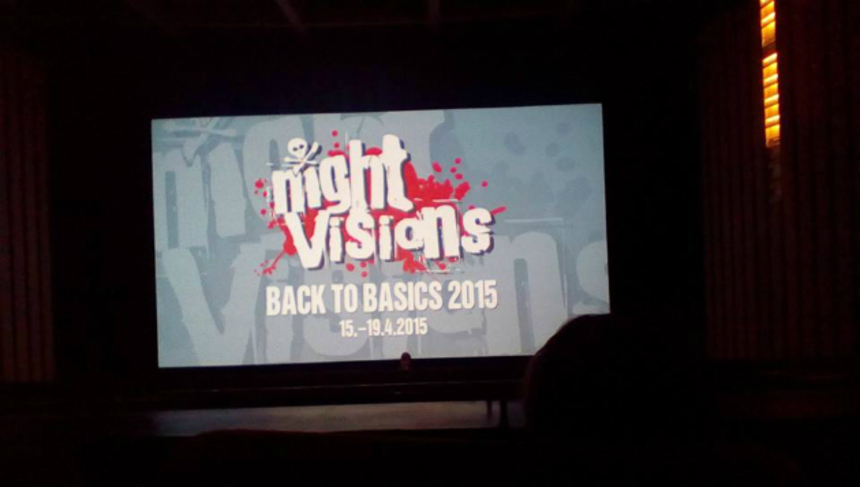 Peter Franzen is not the star of The Gunman -- that would be the clench-jawed Sean Penn, unbelievably bulked up, muscle groups well defined, as though he were auditioning for an art house version of The Expendables -- yet the Finnish actor might as well have been, judging by the warm reaction he received from the crowd gathered for the screening of the film, which opened this spring's edition of Night Visions.

Franzen makes a strong impression as a bad guy, which is not a spoiler in view of the high percentage of villainous characters in the cast. The Gunman is intended to be a twisty action thriller, with Penn as Jim Terry, a formerly murderous mercenary who went on the run after killing a government official in the Democratic Republic of Congo. Eight years of penance later, someone is now trying to kill Jim. But Jim won't have, because...he is...

In the U.S., Penn has been saddled with heavy baggage, probably dating all the way back to his well-publicized relationship with Madonna in the 1980s. (See, or rather don't see, 1986's Shanghai Surprise.) Both that movie and 1989's We're No Angels showed that he wasn't well-suited to comedy, and he has wisely focused on dramatic roles since then, turning in a plethora of strong performances. He has also become known for his charitable efforts around the world.

His acceptance of a role in The Gunman elicited cries of 'sell out,' especially since, at the age of 54, he appeared to be following in the footsteps of Liam Neeson among somewhat older actors lassoing (presumably) big pay-days. It's not that Penn has shied away from any type of action-leaning elements in his films, but the perception is that he's a very serious actor who takes himself very seriously.

So, many people in the U.S. assumed he was taking a dig at his Mexican friend Alejandro González Iñárritu when he made a joke about his "green card' (immigration document) while presenting him with the Academy Award for Best Director in February. Penn's response to the minor uproar -- reported to be, basically, 'fuck you if you can't take a joke' -- added to the public perception that he's a self-righteous prick. That may not have had anything to do with the lukewarm box office receipts of the film -- -- just $10 million or so -- in the U.S. shortly thereafter, but audiences outside the U.S. do not have that burden when it comes to Penn. And it turns out that, here in Finland, the presence of the well-respected Franzen (pictured) in a supporting role is bigger news than anything to do with Penn.

For the record, Penn acquits himself quite well as an action hero within the usual ridiculous framework constructed by director Pierre Morel and his collaborators. Morel, who transitioned from serving as director of photography for action films like The Transporter and Unleashed, has proven as a director that he's never met a quick cut that he doesn't like. But, Taken made Liam Neeson an action star, so here is Morel again, trying to do what he was not able to do for John Travolta in 2010's From Paris With Love, namely, make a worldwide action hero out of an American star who has fallen out of favor with the American public.

Within the context of the movie, it's more than ridiculous for Penn to be shirtless and/or sleeveless for as much time as he is here. The only explanation is that he's 54 and he wants people to know he take things seriously and he is proud of his body. OK, point taken.

Penn also has co-writing and co-producing credits on the film, which may explain certain aspects of it, such as his character's late-to-the-game shame about his past sins, though that doesn't exactly sit well with his resumption of, let us say, extremely violent activity. Oh, and there's also this bit about how he suffers from headaches that are medically diagnosed as being based on his past sins, and a lot of other self-righteousness stuffed in to justify his actions and show him to be the One True Light of the film, other than his One True Love, the poor damsel in distress played by the very game Jasmine Trinca, who deserves better. Plus actors like Javier Bardem and Ray Winstone, who lend as much credence as they can.

Ah, well. It's only an action movie, right? And potential viewers who don't have a problem with the star or the plot can sit back and enjoy an adult-oriented action thriller.

The very respectful crowd at last night's screening stayed for a question and answer session with Peter Franzen, and, even though my Finnish language skills are non-existent, it was clear that he had a good rapport with the audience, and that should help the film when it opens theatrically in Finland via distributor Future Film on Friday, April 24.

Do you feel this content is inappropriate or infringes upon your rights? Click here to report it, or see our DMCA policy.
FinlandNight VisionsPeter FranzenPierre MorelSean Penn

More about The Gunman