Night Visions 2015 Review: I AM THOR, From Naked Waiter To Rock Star To Retirement And Back Again 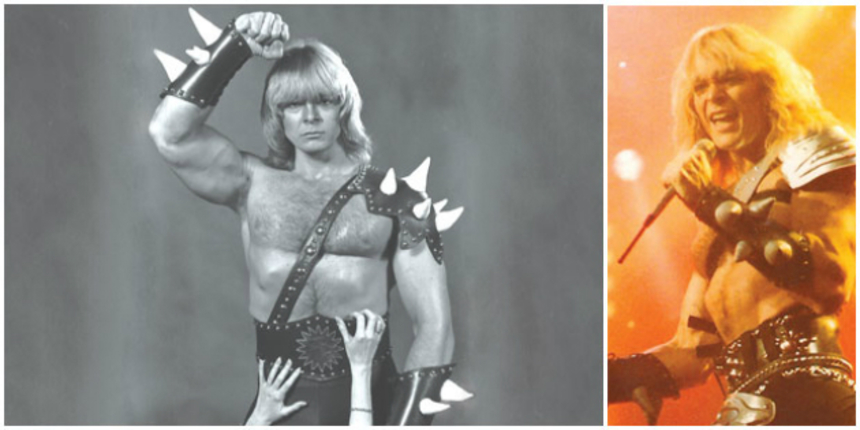 He was a bodybuilder, a naked waiter, and a Las Vegas showman before he became a rock star.

Above all else, though, Jon Mikl Thor has always been a modest, 'never say die' entertainer, as made apparent in I Am Thor, a very funny and enlightening documentary by Ryan Wise. Born in 1953, Thor (apparently his true family name) appears to have been an affable kid who got accustomed to being bullied as a youngster.

That didn't discourage him from forming his own band, though it may have contributed to his decision to become a bodybuilder. He drifted from job to job, but unlike most young people, his gigs were rather more memorable and unique, such as a stint as a naked waiter -- cut short when a better-endowed gentleman was hired -- and a period of time as an entertainer in Las Vegas, singing in his bodybuilder outfit, bending steel bars, and blowing air into hot-water bottles until they exploded.

The bar-bending and bottle-blowing became mainstays of his stage show when he returned to his musical roots. In the mid-70s, theatrical rock era of Kiss and Alice Cooper, Thor and his bandmates were good enough to snare a record deal. Unfortunately, Thor got caught up in a dispute between his management company and the record company, and just as the record was about to be released ...

What? Thor was kidnapped? The story is presented in a matter-of-fact manner by Thor, who views it as one in a series of bad-luck incidents that stymied his career. Other interview subjects appear to confirm what happened, but what might be the heart of another documentary is quickly left behind as Thor continues to tell stories about what happened next.

Whether fact or fiction, what's essential is that Thor is 100% convincing and 200% authentic. He's so down to earth, humble, and relentlessly positive about his travails that it's impossible not to cheer for him, to root him on and hope for the best for him, which becomes vital when he attempts a musical comeback in 1998, a comeback that costs him dearly on the personal front and appears to yield minimal returns professionally.

Filmmaker Ryan Wise began following Thor in 2001, so the remainder of the footage focuses on the older Thor as he deals with the manifold challenges of rebuilding his act for a new generation. No longer a buff, hard-bodied figure, Thor still bends steel bars, blows up water bottles, and sings his heart out, charming audiences big and small with his magnetic personality.

Wavering as his aging body catches up with him, Thor eventually makes his way to big music fests in Sweden and Finland, reuniting with his old band mates for a series of fateful shows. (The scenes in Finland drew a very warm reaction at the festival screening I attended in Helsinki.) Will Thor finally enjoy a taste of big-time success? Or will he hang up his cod piece quietly?

I Am Thor is one of the most genuinely funny films I've seen in a long time. It inspires laughter from empathy, rather than ridicule. Yes, Thor looks more than a little silly squeezing into his outfit and tramping all over the globe in search of a few minutes of joy and appreciation. But his attitude and outlook are admirable, a glimmer of positivity amidst a sea of toil and trouble, and that makes I Am Thor a very winning documentary.

The film enjoyed its Nordic Premiere at the festival. Visit the official site for more information.

More about I Am Thor