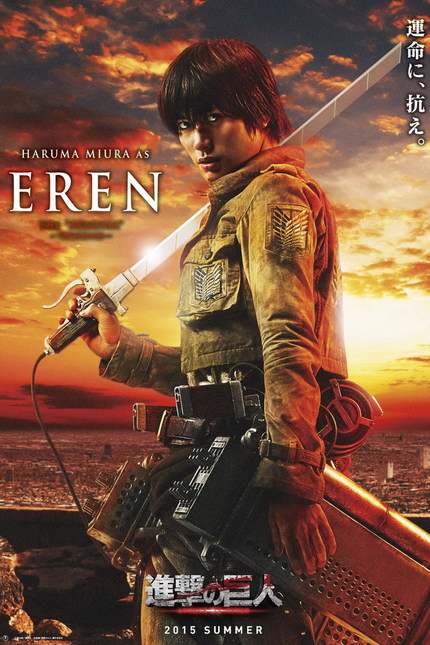 The titans are coming with a summer release for Higuchi Shinji's live action adaptation of the hugely popular manga and anime series rapidly approaching. This tale of humanity's last survivors struggle against a race of flesh eating giants is giant scale stuff - thus demanding a pretty giant scale marketing campaign - and the latest trailer is freshly arrived on the scene, offering up a look at a broad cross section of characters and, of course, the titular villains in action.

For those unfamiliar, here's a synopsis: