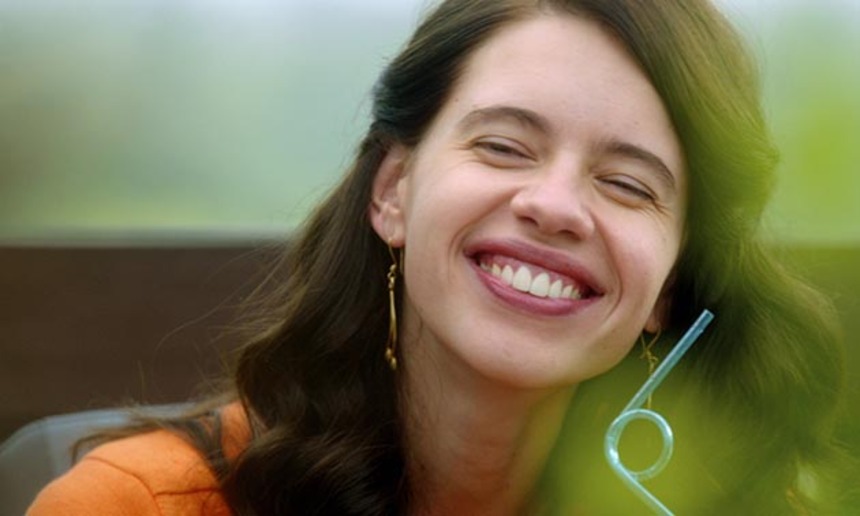 The LA Asian Pacific Film Festival has reached its 31st year (!) of bringing films from the API community to Southern California. This year's lineup continues that tradition with a diverse array of films from all around the Pacific Rim.

The fest kicks off April 23 with opening nighter Everything Before Us from directors Wesley Chan, Ted Fu and Philip Wang. The centerpiece films are Samantha Futerman and Ryan Miyamoto's separated twins documentary Twinsters and Daniel Park's LA-set drama Ktown Cowboys. The fest closes up shop on April 30 with Shonali Bose's Indian-American drama Margarita With A Straw (pictured).

"Our International Showcase is one of the strongest ever," states Festival Co-Director Anderson Le. "We have some amazing films from all over Asia including award winning documentaries, romantic comedies, thrillers and outstanding dramatic stories. This year, we have something for everyone."

Find more info at the Festival Website and check out the rest of the lineup below.

In addition, the LAAPFF is proud to present the following special presentations:

EAST OF MAIN STREET - Dir.: Jonathan Yi Conceived as a project to demonstrate the breadth of Asian Pacific American voices and stories, EAST OF MAIN STREET is a multi-part series created for HBO by independent producer Jonathan Yi of eyepatch Productions. Episodes exploring those who have pursued non-traditional careers, observed significant life milestones, and sounded off on what makes them happy or angry are part of the wide spectrum that comprise the series.  A special episode will be screened and a discussion will follow.  Friday, April 24, 5PM, Tateuchi Democracy Forum, JANM - Little Tokyo - Downtown Los Angeles

HIMALAYA SONG - A multimedia presentation by Gingger Shankar, Mridu Chandra and Dave Liang from The Shanghai Restoration Project.  HIMALAYA SONG merges film, live music, and narration in a critically acclaimed multimedia presentation conceptualized, produced, and performed by a trio of internationally renowned artists. Gingger Shankar is an extraordinarily gifted singer, virtuoso violinist, composer, songwriter, and only woman to play the double violin -- a unique instrument that covers the entire orchestra range. Mridu Chandra has produced award-winning documentaries and narrative films that have premiered at Sundance and other prestigious festivals. Accomplished classical and jazz pianist, Dave Liang, is producer of The Shanghai Restoration Project, a group that blends Chinese instruments and culture with hip-hop and electronica. Today's music blends with traditional instruments on a cinematic journey through past, present, and future -- myth and reality.  This performance will include an exclusive work-in-progress preview of the trio's upcoming production, NARI.  Saturday, April 25, 7:30PM, Tateuchi Democracy Forum, JANM - Little Tokyo - Downtown Los Angeles

UNBROKEN BLOSSOMS - Staged reading of New Play by Philip W. Chung; Directed by Jeff Liu  After accusations of racism dogged the release of his masterpiece THE BIRTH OF A NATION, director D.W. Griffith vowed to prove that he was not a bigot. So in 1919, Griffith directed and produced BROKEN BLOSSOMS -- Hollywood's first interracial love story featuring a Chinese man and a Caucasian woman.  And to make sure his film was "authentic", he hired two Chinese American consultants: one an aspiring filmmaker and the other a devoted family man. UNBROKEN BLOSSOMS is the story of those two men, the making of a classic movie, and how even the best of intentions can go terribly awry.  Philip W. Chung is the co-founder/co-Artistic Director of the acclaimed Asian American theater company, Lodestone Theatre Ensemble.  He currently oversees the creative content for YOMYOMF, the digital media company founded by director Justin Lin (the FAST & FURIOUS franchise) and is a writer/producer on the upcoming Lin-produced feature HOLLYWOOD ADVENTURES.  Monday, April 27, 7PM, Tateuchi Democracy Forum, JANM - Little Tokyo - Downtown Los Angeles

TOP 8 - The #WeOwnthe8th Short Film Program Held at the creativity-inducing venue The Great Company, #WeOwnthe8th stems from the grassroots movement spearheaded by actor/artist Dante Basco (THE DEBUT, HOOK) and showcases its nationwide API filmmaking talent. Conceived as a response to the API community's current role within the creative industries, this movement seeks to foster creation of opportunities while providing a platform for supportive and positive mutual growth. Tuesday, April 28, 7:30PM, The Great Company - the Arts District - Downtown Los Angeles

The 31ST LAAPFF competition film line-up is as follows:

This year's Film Festival casts its Artist Spotlight on the award winning documentary filmmaker Arthur Dong.  Dong will present a re-mastered version of his classic FORBIDDEN CITY, U.S.A. accompanied by a live performance from the film's legendary performers.  Dong will also present the Southern California premiere of his latest film THE KILLING FIELDS OF DR. HAING S. NGOR which tells the dramatic story about the most recognizable survivor of the Cambodian genocide - a man who became a world ambassador justice in his homeland, only be murdered in a LA Chinatown alley - a case still muddled with conspiracy theories.  This special Spotlight program takes place on Sunday, April 26 beginning at 4:30PM with FORBIDDEN CITY, U.S.A. and then at7:30PM with THE KILLING FIELDS OF DR. HAING S. NGOR at the Tateuchi Democracy Forum @ Japanese American National Museum in Little Tokyo - Downtown Los Angeles.

"Arthur Dong is one of our most prolific filmmakers of our time and our community," says longtime Visual Communications staff member Abraham Ferrer. "We are proud to have Arthur bring back the classic FORBIDDEN CITY, U.S.A. and then present his latest film and discussion around the controversial case of the murder of Academy Award® winning actor Dr. Haing S. Ngor.  This will be a very exciting and eye opening session at the Festival."

The LAAPFF is again ecstatic to present at the Festival two programs with a long and historic significance to Visual Communications: The Armed With a Camera Fellowship and Digital Histories. The Armed With a Camera Fellowship nurtures the next generation of Asian Pacific American media artists to capture their world, surrounding, and outlook on life. Past fellows have gone on to premiere award-winning feature films as well as building a career in television. These short films will be a part of the crowd-pleasing program DIGITAL POSSE on Wednesday, April 29 at 8PM

at the Aratani Theatre at the JACCC in Little Tokyo - Downtown Los Angeles.

The LAAPFF will also feature this year's edition of C3 - the Conference For Creative Content where creative and Hollywood industry leaders join together to create a dialogue with the community discussing important issues and trends taking place in the entertainment arena.  This year's C3 marks the fifth edition of this important gathering of creatives and decision makers both in front and behind the camera and in film, network TV, cable TV, and new media. The C3 theme this year is "Celebrating Normalcy."

"As showrunner and creator Shonda Rhimes spoke in March, telling stories involving women, people of color and LGBTQ characters should not be considered rare and 'diverse'. It's a reflection of our world, and in this case 'normalizing'," states Milton Liu, VC's Director of Programs and Artist Services. "Partnering with the industry guilds such as Writers Guild of America (WGA), Directors Guild of America (DGA), Screen Actors Guild (SAG-AFTRA), the SAG-Producers Industry Advancement Cooperation Fund, and the Motion Picture Editors Guild, this year's C3 will be dissecting ways in which normalizing continues to be a constant battle in Hollywood."

C3 takes place over the weekend of April 25 and 26 in the Tateuchi Democracy Forum, JANM - Little Tokyo - Downtown Los Angeles.