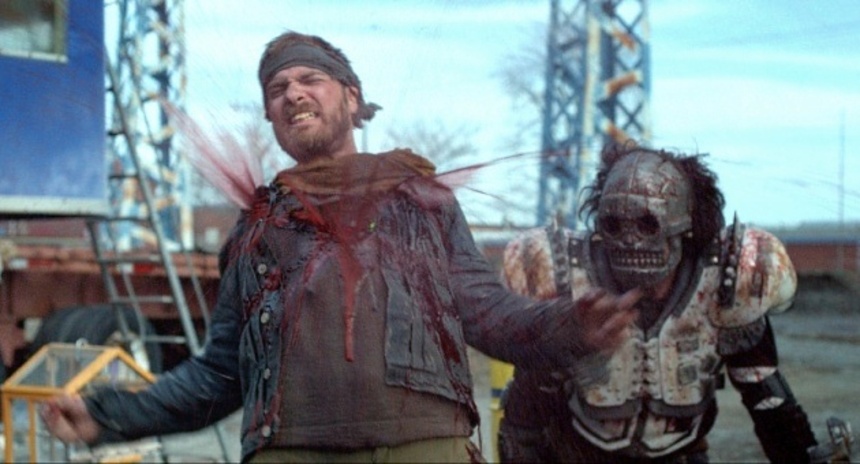 Turbo Kid started life as a proposed segment for the first ABCs of Death film, and though it ended as a finalist, it lost to T is for Toilet. Well, lost... Turbo Kid was popular enough to get made into a full-length feature, and the transition didn't exactly harm the film, as it proceeded to pick up the Audience Award at SXSW a few weeks back.
Whoa! So what's it about?

As the opening narration states in true eighties' fashion, the story takes place after the apocalypse, in a world destroyed by acid rain and robot wars. In short: it's 1997.
After his parents were murdered, one teenage kid has survived by himself in these wastelands for years. He scavenges the polluted environment on his BMX-bike, and trades whatever he finds in a nearby village for food and (more importantly) almost-clean water.

All in all, Turbo Kid may leave the smell of plastic in your nostrils, but it's the right kind of plastic, the one you associate with cool toys, cool games and even cooler backyard parties.
The audience at the Imagine Film Festival Amsterdam (including me) loved it, and I wouldn't be surprised if this one walks away with the award for being the public's favorite this year. 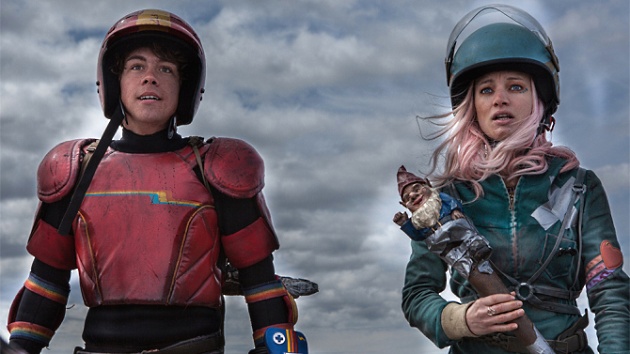