The Dallas International Film Fest kicked off last night and today sees the first full day of screenings. One of the films making its premiere tonight is Cameron Nelson's Some Beasts and we've got the debut of the film's very attractive poster for you here.

Billed as a "Thoreau-style narrative that incorporates both the land itself and the non-actors who inhabit it into the story, Nelson's film combines aspects of narrative filmmaking with ethnographic documentary techniques to achieve a heightened sense of realism." The film stars Frank Mosley, Lindsay Burdge and Heather Kafka.

The poster is designed by filmmaker and artist Yen Tan who also has a short film he directed called The Outfit playing at the fest. Tan recently won the SXSW 2015 poster award for his poster for Manson Family Vacation.

Some Beasts makes its premiere tonight at the Angelika at 7pm and plays at Nashville Film Fest later this month. More info on the film's website. 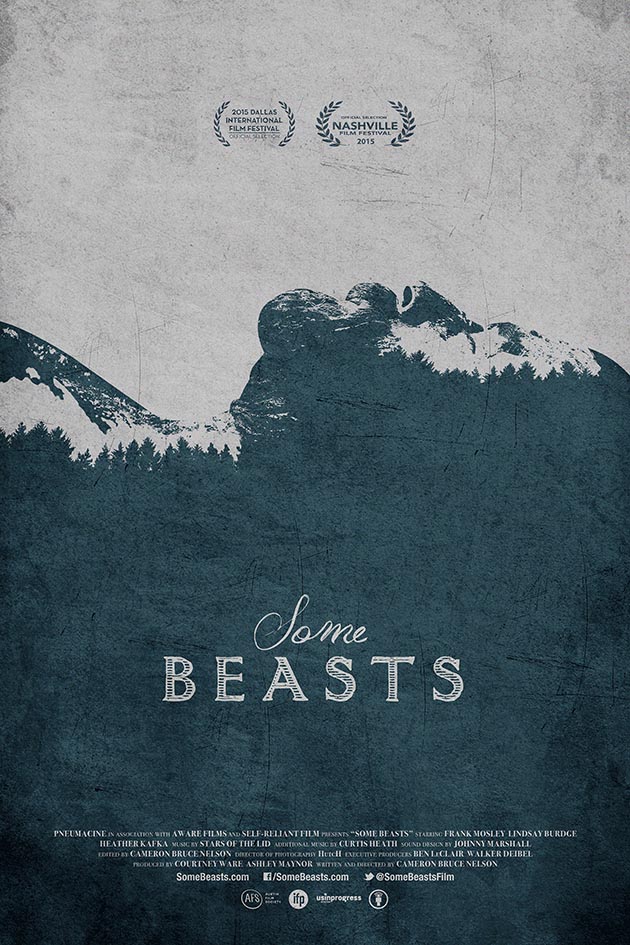 More about Some Beasts