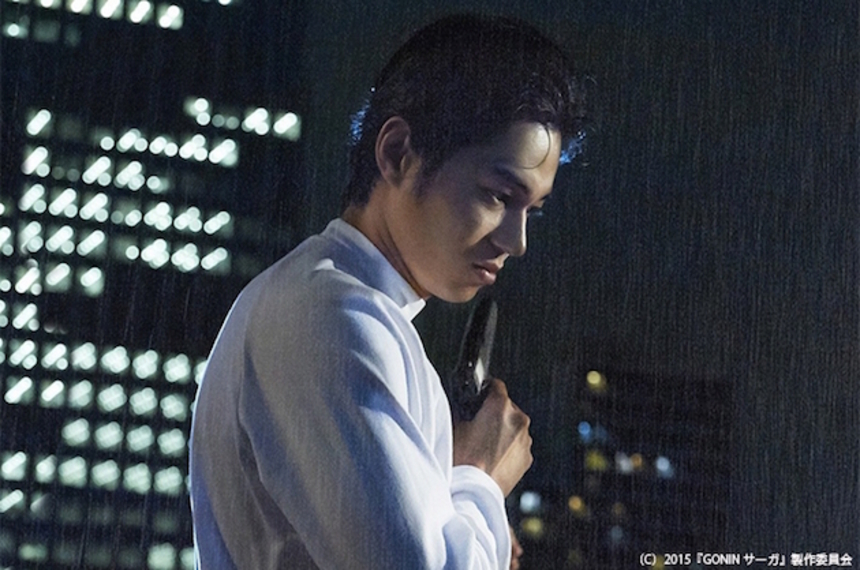 A riveting piece of cinema that plays like a superb combination of Tarantino's Reservoir Dogs and Kitano 'Beat' Takeshi films circa 1993, Ishii Takashi's unrelentingly violent, socially conscious 1995 neo-noir thriller Gonin (sometimes translated as The Five) undeniably served as one of the most satisfying additions to the yakuza gangster genre of the the 20th century. Following the collapse of Japan's bubble economy in 1991, the film centers on five men trying to steal a large sum of cash from local gangsters. Their hastily prepared plan doesn't go well and they end up being followed by contract killers.
Due to the original feature's huge success both in Japan and abroad, Ishii decided to make Gonin 2 only a year later with an almost all-female cast, but the film wasn't as well received as its predecessor. Despite what many people claim, Gonin 2 wasn't meant to be a sequel and thus shouldn't be treated as such, mainly because it follows a totally different story and features a different set of actors.
That Ishii officially began shooting Gonin Saga (GONIN サーガ) on location in Tokyo and Yokohama in June 2014 should please not only his fans, but also all the people who have lost faith in the yakuza genre. Reportedly written as a direct sequel to Gonin, the upcoming gangster epic focuses on Hisamatsu Yuto (played by talented young actor Higashide Masahiro), a son of one of the thugs killed in the first film, and his quest for revenge against the Gosei-kai, a fictional yakuza syndicate. The film was scripted by Ishii himself and also stars Kiritani Kenta, Tsuchiya Anna, Ando Masanobu, Nezu Jinpachi, Emote Tasuku and Takenaka Naoto.
The first 30-second teaser, which can be seen below, includes scenes from the original picture and offers a glimpse of the cast. Featured caption reads as "19 years after Gonin a new legend begins."
Gonin Saga opens in Japanese cinemas on September 26th.
Sign-In to Vote
Tweet 0 Submit

Looks great. Really looking forward to this one. I'm an absolute sucker for Yakuza flicks.

Any Yakuza movie recommendations? All I saw was Outrage and Outrage 2. Thanks!

I'd say Sympathy for the Underdog (classic!), Sonatine, and Dead or Alive are good places to start.

These guys have great recommendations. No doubt.

Shark Skin Man and Peach Hip Girl is a wonderful ride. Can't skip that one. Sonatine, Dead or Alive trilogy, Deadly Outlaw Rekka, Sympathy for the Underdog, Graveyard of Honor (both of them) and, obviously, the Battles Without Honor or Humanity series. There's more, you can be certain. Such a wonderfully entertaining genre.

Kikoku (Yakuza Demon) is actually one of my truly, all time favorites. That's one flick I revisit often. I just do. It just hits me on all levels.

Very pleased that you like the Outrage flicks. Excellent films. Nihilism at it finest.

Brother was great. Branded to Kill and Tokyo Drifter are classics. Like A Dragon was fun. Fireworks is a must. As is Youth of the Beast. Fudoh: The New Generation. Ichi the Killer is a mind blower.

The Zatoichi films have Yakuza elements in them even though they are Jidaigeki films.

Dive in and enjoy friend. Those recommendations will get you started for sure.

Yeah, I'd say it's my favorite genre of films.

Shit, I totally forgot Suzuki. I'd work my way up to Branded to Kill, though. It's my favorite of his and it belongs on the Mt. Rushmore of Cinematic Cool.

I thought Sonatine and Dead or Alive were pretty awesome.
Fireworks was one of my favorites too. Can't forget about Ichi the Killer either...

Anything by Kitano that hasn't been mentioned.

The Black Triad Trilogy by Miike. Heck, Ichi the Killer is a yakuza movie! (A lot of Miike movies are about the Yakuza).

I def second the DOA trilogy. That first installment is quite unlike anything I had seen at the time.

Maybe you'd like to venture into Korean cinema if you haven't already for a whole host of great gangster movies as well.

And I'm sure you must be vaguely familiar with HK gangster cinema.

All of those are fantastic movies. And I love how Ichi the Killer is a yakuza movie at heart.

That's very nice of you to say. I didn't want to overload him with a glut of titles. I kinda did though. I badly wanted to list more. It so awesome to share flicks with people.

Don't forget Suzuki's 'Tattooed Life', ok it's Yakuza in an earlier period, but it's so badass. And the end figh scene might be one of the most impressive cinematographic things he captured on film:

Also Suzuki's 'Youth of the Beast' is not to be missed as well as the surreal sequel to Branded to Kill, 'Pistol Opera'.

Other Yakuza flicks from Japan's golden age like 'A Colt is My Pasport'.

Also after Arrow Film did the most awesome packaging for Branded To Kill, they are doing another of a classic Yakuza: 'Massacre Gun', check it out:

No doubt. Great flicks. I own four of the films you listed. I tried not to get carried away recommending too many films.