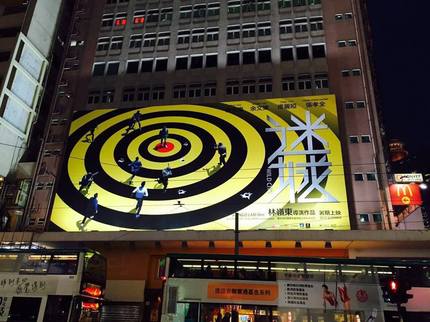 It's Ringo Lam, baby, and that means Wild City is on its way, and it looks like a good ride is a-coming, at least according to this teaser.
The film is now in post-production, according to Variety. It's the first to be directed by Lam in seven years, and is described as "a Cantonese-noir, with bystanders caught up in a maelstrom of gangsters, greed and betrayal. The cast is headed by Louis Koo Tin-lok, Shawn Yue Man-lok, Tong Liya and Joseph Chang."
Wild City is heading for release this summer. Watch the teaser (via Wildgrounds) below...and believe.
Sign-In to Vote
Tweet 0 Submit

Do you feel this content is inappropriate or infringes upon your rights? Click here to report it, or see our DMCA policy.
Louis KooRingo LamShawn YueWild City

First SPL2, then Ip Man 3 w/ Mike Tyson, and a Ringo Lam comeback. Is it just me or did the Hong Kong film industry suddenly wake up and started kicking ass and taking names the past 24 hours? All I need is an announcement from John Woo that he's coming back to "heroic bloodshed" sub-genre to round out this package!

➧♪♪✈< DANIAL.., although Lucille `s blog is incredible, on wednesday I got a great new Ford Focus since I been making $5967 this - four weeks past and in excess of ten/k lass-month,. it's actualy the coolest work Ive had . I began this four months/ago and practically straight away was making minimum $78... per/hr> .

I look forward to the sequel WILD CITY CONTACT. :-P

Haha, he is! It's too soon to say if it'll be a heroic bloodshed classic with Chow Yun Fat or even decent, but Google Manhunt for John Woo. It should be out next year or so.

It's about time Ringo Lam had another film coming out. The guy has made some of the best Hong Kong action/thrillers of the 80's and 90's.Trailer looks great. Hopefully he doesn't disappear for another 8 years after it's released.

WILD CITY is the first film of a 2-picture deal with Mei Ah Entertainment. The second project will start production during summer or around Q3/Q4.

Great stuff. Glad to see him back.