Review: WHILE WE'RE YOUNG, A Couple Struggles With Middle Age 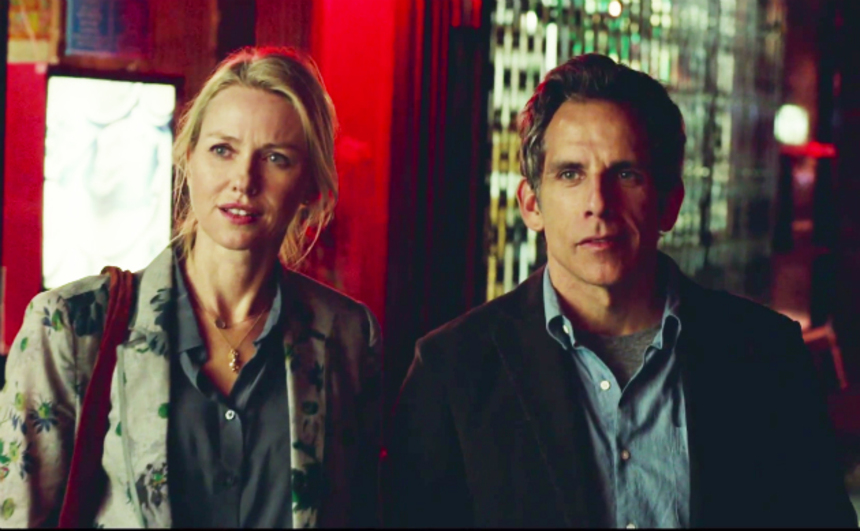 It pains me to give a Noah Baumbach film anything less than a glowing review, especially considering there is so much that works about his new film, While We're Young.

The premise is his most appealing to date, which, at a glance, involves a couple named Josh and Cornelia (Ben Stiller and Naomi Watts), struggling to come to terms with their mid-life status -- a most vexing topic indeed, and one surely perfect for Baumbach's sensibilities. But somehow, this intriguing follow-up to revelations like Francis Ha and Greenberg, despite its top-shelf story, left me with a mind less than blown.

Josh and Cornelia's status quo is rocked when a free-spirited mid-20s couple, named Jamie and Darby (Adam Driver and Amanda Seyfried), approach Josh after one of his university classes on documentary filmmaking (those who can't do, teach). Jamie professes to be a great admirer of Josh's first film and seems genuinely interested in hearing about his follow-up, currently in its eighth year of production.

In a very short span, the two couples become fast friends, offering Josh and Cornelia an outlet for their denial of aging. They live vicariously through Jamie and Darby's joie de vivre, finding rejuvenation by hitting Williamsburg hot spots and participating in a youth culture they sadly can no longer call their own.

Hammy examples of their attempts at conforming to 'with it' trends include Stiller haplessly riding a bicycle or Watts taking intense hip-hop dance classes, while lamer moments involve Josh and Cornelia participating in a spiritual hallucination ritual, a segment that perhaps aims to pay homage to scenes by Paul Mazursky, like the shaman introduction to Bob & Carol & Ted & Alice, but somehow feels false, lacking laughs better films achieve by using drugs as a comedic device. 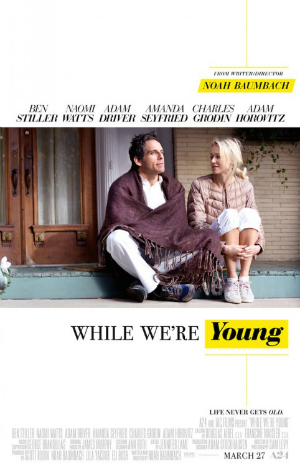 Like all Baumbach films, While We're Young is still chock-full of value. It's definitely entertaining, often very funny, and there are enough hints at golden insight to warrant more than its share of positive reviews. But where the film is rich in observation concerning swallowing the pill of acting one's age, While We're Young falls short of any real insight into the next generation beyond caricatures of young and hungry hipsters, who potentially embody Baumbach's idea of modern youth by their lack of integrity.

One problem is that Jamie is supposed to be a seductively cool figure in Josh's life who pulls him out of his single-minded generational funk, but even before the other shoe drops, the character is disdainfully entitled and prematurely unlikeable, well before the film's What About Bob-like 3rd act gets underway. Driver's performance is good enough, though it isn't remarkably dissimilar from other quirky hepcat roles that have come to define his personality. Casting directors need look no further than the Coen brothers' Inside Llewyn Davis for evidence that they'd be wise to explore Driver's other capabilities.

Charles Grodin, who is excellent as Stiller's stepfather, plays a character who serves to echo Josh's present plight with Jamie by offering perspective into a younger, more stubborn Josh. But comparing the two characters' versions of ambition doesn't make the audience any more sympathetic to Jamie. Where Josh, in his 20s, was determined to succeed on his own terms, perhaps behaving a bit too proud in the process, Jamie, currently in his 20s, operates with questionable morality and exhibits ugly behavior. In the face of characters like Jamie, it's no wonder While We're Young is so proud of being old.

Many critics have been hailing While We're Young as Baumbach's most accessible film. That is certainly true, and while I'm wary of coming across like an anti-mainstream, Greenberg-like crank, watching the film I couldn't help but find it to be a little safe, even occasionally verging on cute. This is a criticism I never saw myself attributing to Baumbach, a filmmaker I generally consider masterful. In fact, I was so conflicted in coming to terms with my nagging sense that this should've been a better film, during the week it took me to process it, the words of David Steinberg played over in my head: "Critics are like a eunuch at a gang bang."

Nevertheless, despite the fact that I love the idea of this film and genuinely enjoyed many of its scenes, I can no longer suppress my overall impression that for all the rich themes up for grabs in this story, though Baumbach touches on some in a satisfying manner, when the time comes for final thoughts, While We're Young offers too little, too late.

Review originally published during the Toronto International Film Festival in September 2014. The film opens in select theaters in the U.S. on Friday, March 27.

More about While We're Young