Review: BETTER CALL SAUL S1E03, NACHO (Or, The Perils Of Trying To Do The Right Thing) 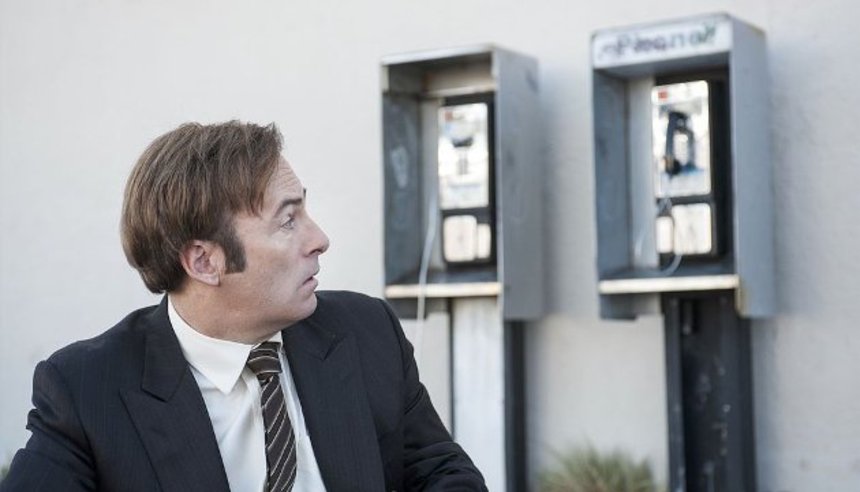 For an episode called "Nacho", this includes very little of the man himself. It's more about Jimmy's perception of Nacho (Michael Mando) and what he might do, rather than what he's really done. Jimmy is scared of him, but he's almost more scared of leaving the Kettleman family to be harmed or intimidated while he has knowledge that could protect them.

As such, "Nacho" has little need for Nacho at all to achieve its aims. He essentially appears in a single scene to demonstrate to Jimmy that he's a more patient criminal than he expected, and to emphasise that if the lawyer doesn't get him out of this mess, there will be consequences. Of course, it's a mess of Jimmy's making. He doesn't necessarily "rat" (at least not initially), as he'd promised Nacho he wouldn't, but he basically does as much as he can to suggest the Kettlemans might be in danger without stating it outright.

The episode begins with a flashback showing us Chuck being persuaded to get a younger Jimmy out of jail after some vaguely discussed criminal activity. It's a flashback designed to be taken at face value, showing us just how much Jimmy owes his brother and how poorly suited he is to the criminal life. Did he really cry to his mother for help over the phone? We'll probably never know, but it doesn't seem unlikely.

Jimmy spends a significant amount of this episode on the phone, frantically attempting to solve the situation he essentially created. In his attempts to fix it, we get a clearer introduction for Kim (Rhea Seehorn). She's a lawyer working at Hamlin, Hamlin & McGill who obviously has a lot of history with Jimmy and is prepared to look out for him and hear him out. Their history sounds like it's probably romantic, but they don't exude chemistry in that way as much as they seem like a pair of friends who have known each other for a long while. Time will tell, but Kim's definitely a welcome addition as the show's first real female character and one who has a strong and compelling dynamic with the lead.

This episode also sees Breaking Bad character Mike Ehrmantraut (Jonathan Banks) begin to have more of a part to play. Better Call Saul's being patient here, though, not throwing Mike into action often and showing a restraint that will make build up his character gradually and in a different way to how he appeared on Breaking Bad.

The show has been clever by pivoting away from Tuco, an important criminal player but not one that is all that interesting (his character can only really boil down to being a psycho, even with the couple of extra layers added last week), and instead focusing on Nacho as the way into the crime world. He's an unknown, and the potential of new and fresh possibility in a prequel is what'll give it that all important narrative urgency.

With the episode ending on the revelation that the Kettlemans really did steal that money (as almost everyone has expected they did anyway), the next step for Jimmy is sure to be interesting. From what we've seen, it's unlikely he'll want to go into a life of crime. But the tragedy of this show is that we know something's going to send him down that path anyway.

Do you feel this content is inappropriate or infringes upon your rights? Click here to report it, or see our DMCA policy.
better call saulbob odenkirkbreaking bad