Review: ALL THE WILDERNESS Digs Deep Into the Emotional Psyche of a Young Man 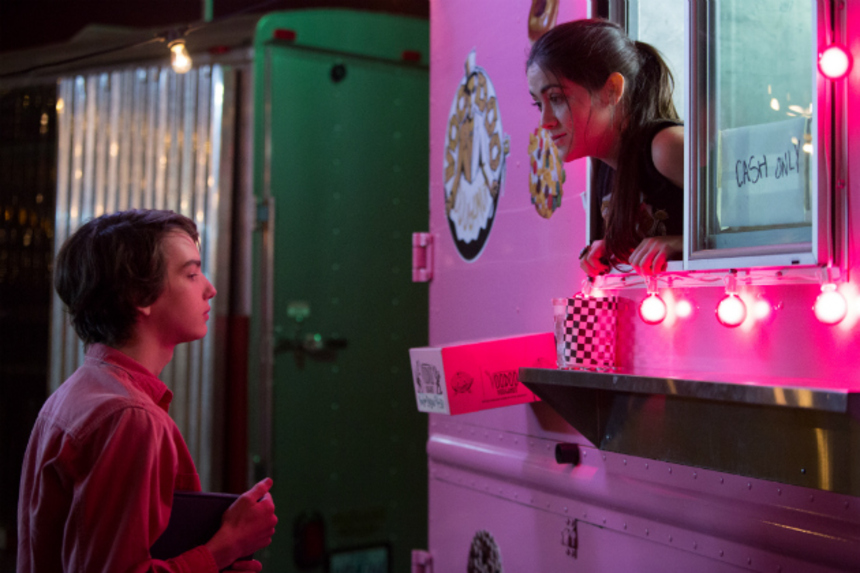 Once I was a teenager.

Granted, that's been many years ago. But it's amazing how quickly long-submerged feelings bubble to the surface when given the right poke in the psyche.

The poker, in this case, is wielded by writer/director Michael Johnson. His film, All the Wilderness, brought to life by a talented yet modest cast and crew, captures a short but key period in the life of James (Kodi Smit-McPhee, from Let Me In), a moody teenager who keeps to himself while deciding what, if anything, he wants to do next.

He has the opportunity, apparently, to attend a private academy for gifted individuals. Despite the gentle urging of his mother (Virginia Madsen), he's resistant to the idea. Or, at minimum, he hasn't come around to making a decision. He'd rather sneak out of his regular appointment with a preoccupied psychiatrist (Danny DeVito) and ride a bus to nowhere, just to escape his routine. On the bus he re-encounters a young man his age named Harmon (Evan Ross), who invites James along on what turns out to be an eventful night, one in which James also re-encounters a young woman named Val (Isabelle Fuhrman, from Orphan), who first caught his eye in the psychiatrist's waiting room.

If that's one chance encounter too many, let it go. The film certainly pays it no mind; narrative elements are less important than the feelings that James is experiencing and/or expressing for the first time: freedom, rebellion, lust, self-determination. He is trying out new things: alcohol, cigarettes, fooling around with a girl, staying out way past his bedtime, standing up to his mother. Everything swirls together like the smoke from that first cigarette: a little foul, a little sweet, a little tasty, a little forbidden.

As James experiments, he remains somewhat lost and uncertain. He goes with Harmon, for example, in a tentative and cautious manner, not quite certain it's a path he wants to follow, but sufficiently intrigued by Harmon's friendliness to tag along. Likewise, he's smitten by Val because she pays attention to him, as much as anything else. She's lovely and down to earth, but it's her interest in him that draws his near-instantaneous crush. 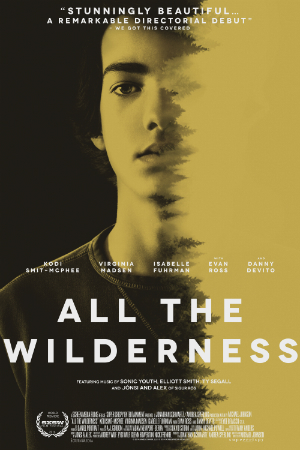 All these elements speak to James' essential isolation and loneliness up to this point in his life. His father is not around, and he has withdrawn from his mother, to the point that he sits in the back seat of the car when they're driving. Will James continue to cultivate a loner lifestyle, or will he break out of his antisocial habits?

All the Wilderness is modest in its intentions. Really, with a running time of approximately 75 minutes, it's clear that the film is not aiming to be an all-encompassing coming-of-age story for James. Instead, it focuses on a young man as he comes to a conclusion (of sorts) about what he wants to do with his life.

Toward that end, the performances are kept similarly modest, buoyed greatly by Smit-McPhee, who gives James great conviction as he resists the impulse ever to grandstand. This is the first time I've seen him in a lead role, and his capacity for subtlety serves the role (and the film) well. The supporting turns by Ross and Fuhrman are good, and it helps to have the seasoned professionalism of Madsen and DeVito to give life to important characters who are not fully filled out.

Johnson's filmmaking style is to be intimate without being intrusive. A quiet sense of confidence emerges; the characters may not know where they're going, but Johnson does, and the film follows a trail that makes sense without being overly familiar. All the Wilderness is a remarkably thoughtful film that digs deep into the emotional psyche of a young man and emerges with something resembling the truth.

All the Wilderness (formerly known as The Wilderness of James) opens in select theaters on Friday, February 20. It will also be available to watch via various Video On Demand platforms.