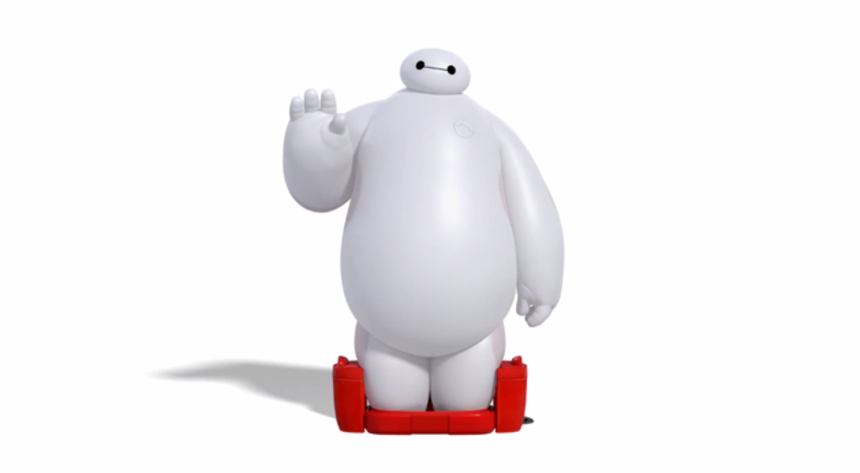 A Hollywood film topped the Korean box office for the first time in 2015 while a pair of local blockbusters battled for second place. Korean films did hold a combined advantage though with a 55% market share in a weekend that saw 2.08 million spectators visit theaters.

In its second weekend, Disney's animation Big Hero 6 drew 611,147 viewers ($4.38 million) and rose to first place for a running total of 1.74 million spectators ($12.53 million). Around this time last year, Disney's Frozen was on its record-breaking run but Big Hero 6 has not been able to drum up the same kind of business. Some have taken umbrage at the prevalence of rising sun imagery in the film, which may have affected its score.

Rising up to second place in its 7th weekend was the local blockbuster Ode to My Father. JK Youn's big-budget drama added 420,048 viewers ($3.01 million) to brings its haul to a mighty 12.72 million admissions ($89.67 million), which is the 5th best performance for a Korean film to-date. The film will likely climb up to second within the next week.

Dropping to third after a strong opening was Yoo Ha's gangster epic Gangnam Blues. The film's setting and its star Lee Min-ho was enough to bring viewers out for its opening but a mixed reaction from the public towards the violent work resulted in a 44% drop in its sophomore frame. 402,012 spectators came out ($3.05 million) to bring its total to a respectable but underwhelming 1.77 million ($13 million).

Shoot My Heart, with Yeo Jin-gu and Lee Min-ki, debuted in fourth place with 168,393 spectators ($1.18 million). The youth drama is the fourth film to be released by Little Big Pictures, a new company that saw 10 production companies join forces to combat the unfair practices of vertically integrated studios. Despite wide distribution, the film was unable to make a big showing, much like the outfit's other films to-date, demonstrating the difficulty of operating in the market outside of the major studios.

Business appears set to pick up next weekend, particularly on the local front as CJ's C'est si bon hits theaters. A 60s period piece about some of Korea's most beloved musical icons, the film is already topping the charts and seems destined for a strong bow. The Wachowskis' Jupiter Ascending, which features local star Bae Doo-na, will also be making its debut.

Do you feel this content is inappropriate or infringes upon your rights? Click here to report it, or see our DMCA policy.
big hero 6Box officegangnam blueskoreaode to my father강남 1970국제시장