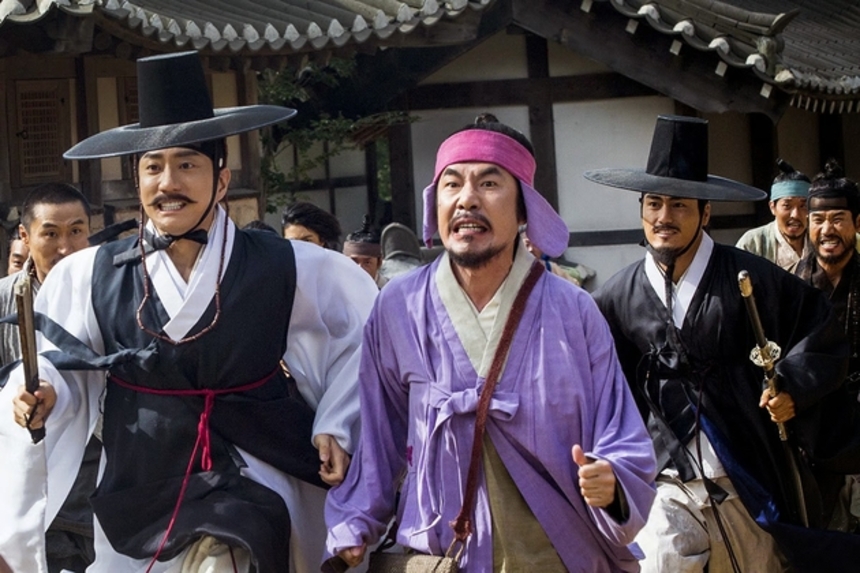 Some 2.25 million spectators shuffled into theaters during the weekend before the Lunar New Year holiday, which was better than last week but still far behind the comparable weekend last year, when Frozen and Miss Granny led the market. Local films maintained a slim majority with a 50.7% screening share.

Faring better than last week's C'est si bon, Detective K: Secret of the Lost Island posted a more convincing debut with 729,609 admissions ($5.31 million). That's about 15% higher than the original's first frame in 2011. The real test will be to see if sequelitis affects it in the weeks ahead but it'll have plenty of opportunities to fill up its coffers over the upcoming five-day holiday weekend (Wed-Sun).

Also opening well was the British spy action-comedy Kingsmen: The Secret Service. 547,387 viewers ($4.17 million) bought tickets over the weekend and reservations are looking strong for the coming week.

The much-hyped period melo C'est si bon crashed 60% in its sophomore frame after what was already a weak debut. The film added 216,680 spectators ($1.59 million) over the weekend and is now at 1.09 million admissions ($7.84 million) in total. A sub 2 million finish seems likely.

Do you feel this content is inappropriate or infringes upon your rights? Click here to report it, or see our DMCA policy.
Box officec'est si bondetective kkoreaode to my fathertop 10 chart국제시장쎄시봉조선명탐정