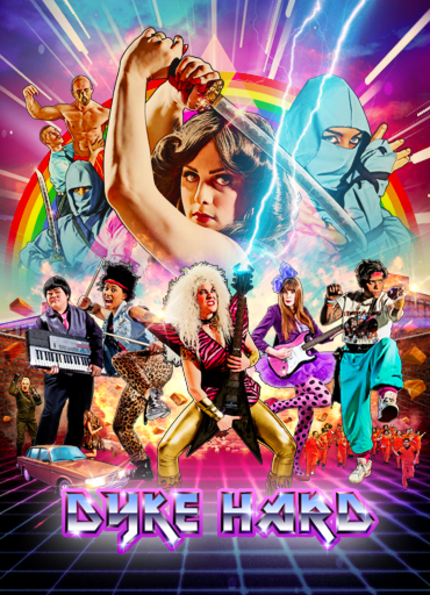 What's that? Your day hasn't been quite weird enough yet? Well, here's the cure for that.

It seems safe to say that Bitte Andersson's Dyke Hard is not what we've come to expect from the normally rather staid Swedish film scene. Not unless you're expecting a queer, John Waters inspired, rock and roll road movie with prison sex and cyborgs. Here's how the Stockholm Film Festival described it.

Bitte Andersson's debut feature Dyke Hard is a wild John Waters-inspired queer comedy following a lesbian rock band's violent adventures back in 1986. Dyke Hard is a failed rock group travelling to a battle of the bands competition in the big city. The journey is further filled with bizarre, fierce and passionate encounters with cyborgs, ghosts, a thai boxer, roller derby gals, ninjas, motorcycle gangs and a mysterious billionaire all of whom will do everything to stop the band from making it in time to the battle.

Having also screened in Berlin, the trailer is now online for this oddity. Check it out below.