BIRDMAN Flies Away With Oscar Gongs For Film & Director 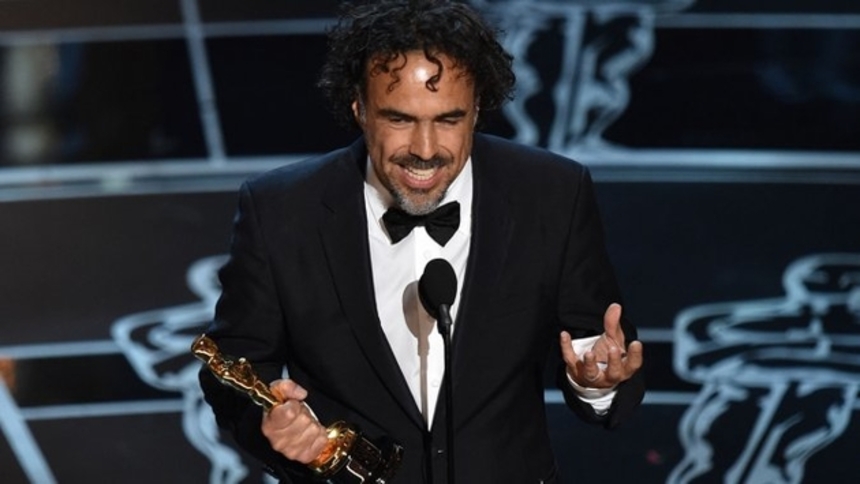 Another year, another glitzy Oscar ceremony filled with celebrities and hit and miss jokes not to mention the inevitable surprises and disappointments. The 87th Academy Awards wrapped up a few hours ago and the biggest upset of the night was that Richard Linklater's Boyhood took home neither the Best Picture or Director Awards, both of which went to Alejandro González Iñárritu's Birdman or (The Unexpected Virtue of Ignorance).

Julianne Moore had no trouble picking up Best Actress for Still Alice but it was a much closer race for Best Actor and eventually it was Eddie Redmayne who triumphed over Birdman's Michael Keaton for his performance as Stephen Hawking in The Theory of Everything. Boyhood won its only prize of the night in the Best Supporting Actress category for Patricia Arquette and J.K. Simmons took home the Best Supporting Actor prize for Whiplash. Best Original Screenplay went to Birdman while The Imitation Game earned the Best Adapted Screenplay prize.

With four Oscars each, Birdman and The Grand Budapest Hotel were the top winners of the night, while Whiplash was surprisingly close behind with three. Birdman's Emmanuel Lubezki took home Best Cinematography for the second year in a row, after winning for Gravity last year. Wes Anderson's film may not have taken any of the major prizes, but it did sweep up trophies for Best Production Design, Music, Costume Design and Makeup. Whiplash had a great night, earning recognition in the Best Editing, Sound Mixing and of course Best Supporting Actor for odds-on favorite J.K. Simmons.

It turned out to be quite an evenly spread night, as each of the eight Best Picture nominees earned an award (Selma won for Best Song). The last time that happened was 2008, the last year before AMPAS expanded the size of the category. Meanwhile, Big Hero 6 took home Best Animated Feature Film, Ida was tops in the Foreign Language category and CitizenFour was deemed the Best Documentary.

Do you feel this content is inappropriate or infringes upon your rights? Click here to report it, or see our DMCA policy.
academy awardsbirdmanboyhoodgrand budapest hoteloscars 2015whiplash