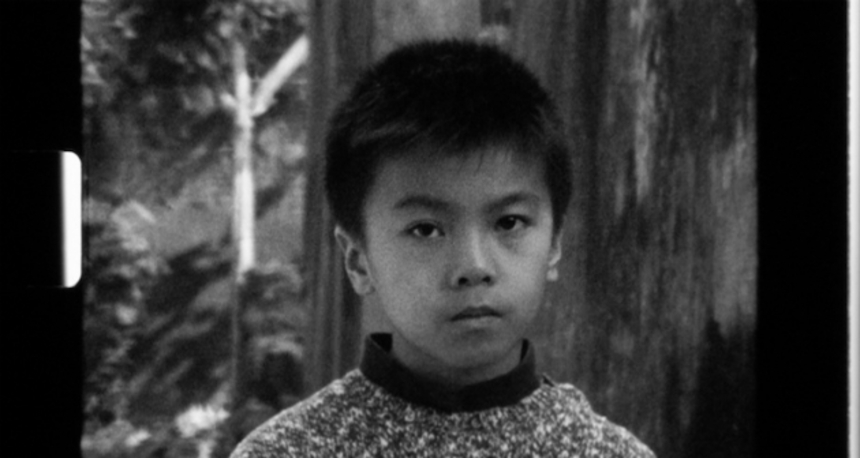 Chinese rockets explode in front of our curious eyes, and disappear in the black clouds of a nocturnal sky. The past haunts our ruins, overlapping times consisting of moving photographs and still film images. An old man has worked in the "IEC Long Firecracker Factory" since he was a child.

He tells us about his daily life and work. In their latest exploration of the ghosts of Macau, Portuguese filmmakers João Pedro Rodrigues and João Rui Guerra da Mata visit an abandoned firecracker factory and pay tribute to the lost souls of the workers who helped to establish this massive industry that shaped the former Portuguese colony in the first half of the 20th century.

In their essayistic documentary, the filmmakers combine photographs, Super 8 found footage, original material, fascinating layers of sound, voice over memories, and poetic intertitles (excerpts of Chinese poems) to create a strong feeling for space and time.

Some shots compare the last ruins of a harsh past against the capitalistic richness represented with tall buildings in the background. It is as if forgotten humanity crawls through the brushy walls where nobody is able to see them anymore. The starting points for IEC Long are personal memories of João Rui Guerra da Mata, who grew up near the factory.

The factory was indeed a terrible place to work. Explosions and accidents killed many workers. But the filmmakers perceive this world through the poetry of looking instead of making political statements. The overlaying elements of the past add up to a portrait that leaves the necessary gaps for time and politics moving between the images.

The tenderness of movements, editing and voices, as well as the lyrical ghost story that searches for traces and inhabitants of the ruins, strongly reminds of films by Apichatpong Weerasethakul. Nevertheless IEC Long is personal and intimate in every possible sense, especially since all the lost stories seem to be found as a result of being there and feeling the place instead of thinking about possible solutions.

Therefore, the film is a drifting experience, where one begins searching for hidden secrets in every frame. A skillful rhythm establishes sadness and a longing concerning the past as the firecrackers continue to crack. Are these voices of a past or signals of a new life?
Sign-In to Vote
Tweet 0 Submit

Do you feel this content is inappropriate or infringes upon your rights? Click here to report it, or see our DMCA policy.
João Pedro RodriguesJoão Rui Guerra da MataMacauPortugal

The goal of every farm is achieving yields. Throughout the year, cares for the role, sown, planted, nursed, weeding, tending completely different plants, vegetables, fruits, grain, growing to a precise time to collect harvest. For everything in agriculture is that the time. It is necessary to observance of sure terms. Otherwise harvest home would not be doable. Every farmer is wishing on that crop yields are going to be fertile, and this ensures Hydroponic Agriculture. It's what proportion grain or other crop plants are going to be collected depends on the income of the farmer. And yet it's precisely the aim of the farmer-profit from the sale of crops. Corn, vegetables, other crops full-grown on the farm are harvested at the proper time and sold . Such crops are sold at agricultural fairs, markets or on to corporations concerned in the production of a selected food sometimes.