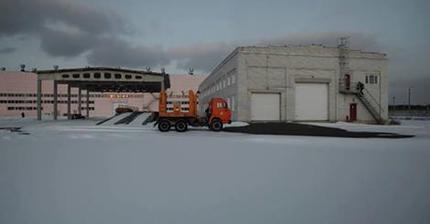 The world's longest running co-production market, Cinemart, is always one of the most interesting parts of theInternational Film Festival in Rotterdam.  This year is not an exception with colourful batch of promising projects lined up including experimental filmmaker Khavn de la Cruz' new project Only the Dead Have Seen the End of War and Greek director Syllas Tzoumerkas, who after premiering his second feature A Blast last year has already started working on new project The Miracle of the Sargasso Sea. One of the main conditions to be eligible for Rotterdam´s co-production market is having 25% of the finances secured and obviously the final draft of the script ready.
Ukrainian filmmaker Myroslav Slaboshpytskiy, the man behind wünder-film of 2014, The Tribe, was in official selection for CineMart with his sophomore project Luxembourg. "I was planning to shoot this film before The Tribe, however due to lack of finances the project had to be put on hold," the director told me last year when we met after The Tribe´s screening in Poland. "I developed a script about Chernobyl. It´s a bit based on my successful short film Nuclear Waste awarded in Locarno in 2012," Myroslav explains his next project stressing that it's not the adaptation of the short film into feature format and it is neither going to be about the actual accident that rocked Eastern Europe on 26 April 1986.

The Tribe´s director worked as a journalist and during those times happened to stumble upon material linked to Chernobyl. He explains why he wants to revisit the restricted zone around the Chernobyl plant once more. "It´s absolutely special place in Ukraine. Nobody lives there. There is a very different and strange world which I know because I was part of it. And then I came back in 2012 and thought I must do a film about this place. And it can be special and very personal film. I believe it will be a great film...without deaf people," adds Slaboshpytskiy jokingly in regard to the massive success of his debut.

The project is at this stage naturally kept under wraps, but what is known so far that Luxembourg is supposed to be a film noir with touches of western where policeman Sergey confronts professional and personal challenges while working in the exclusion zone in present-day Chernobyl. The project has had so far successful run winning Sundance Institute Global Filmmaking Award and The ARTE International Prize at CineMart in Rotterdam. Next stop for this promising nuclear project is Berlinale Co-Production Market.
The Ukrainian director proved in his debut and short films Diagnosis, Deafness and Nuclear Waste to be bold, daring and uncompromising. To get a taste of Slaboshpytskiy´s style and to see where he will be soon returning, don´t hesitate to catch his award winning Nuclear Waste below.
Tweet Post Submit

Do you feel this content is inappropriate or infringes upon your rights? Click here to report it, or see our DMCA policy.
LuxembourgMyroslav SlaboshpytskiyNuclear WasteRotterdamThe TribeUkraine