Todd Brown
Founder and Editor; Toronto, Canada (@AnarchistTodd)
Tweet Post Submit
It's going to be a big year for Ireland's Jamie Dornan ... Already turning heads and winning acclaim for his dark turn on Irish / UK television thriller The Fall he will, of course, be front and center very soon as the leading man in the big screen version of 50 Shades Of Grey before returning to screens shortly thereafter as the lead in Alex Aja's upcoming The 9th Life Of Louis Drax.

The 9th Life of Louis Drax begins on Louis Drax's (Longworth) 9th birthday, when he miraculously survives a near fatal fall. His doctor Allan Pascal (Dornan) finds himself tangled between his professional responsibility and his growing affections for the boy's mother (Gadon), a fragile young beauty. When Louis' father (Paul) comes under suspicion, Pascal realizes other mysterious forces may be at work.

Sarah Gadon, Aaron Paul, Aiden Longworth, Oliver Platt, Molly Parker and Barbara Hershey also star and we can now get a look at Dornan in the first released image from the film. Sorry, 50 Shades fans, he's fully clothed. Or presumably so. The shot does, admittedly, go no further than his torso. Check it out below and remember you can click to enlarge. 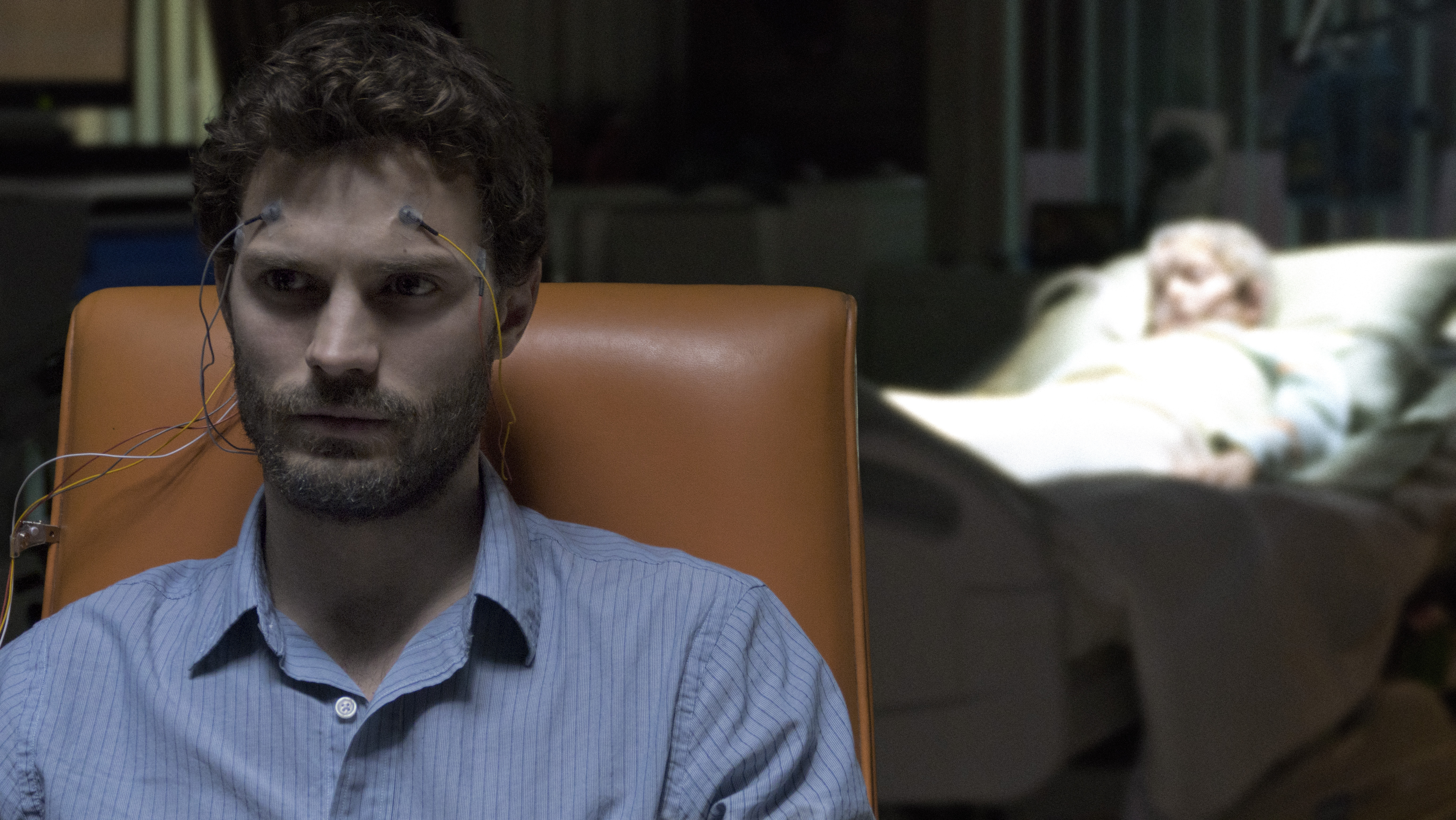 More about The 9th Life Of Louis Drax