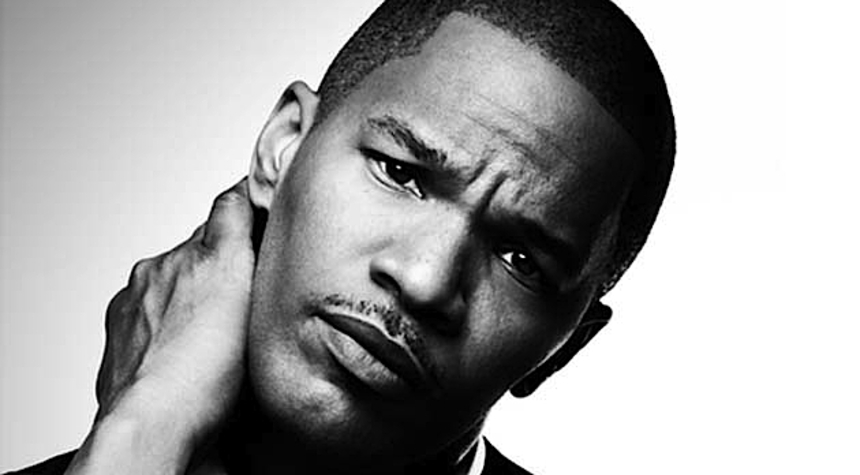 There are few things that can get us film fans more pumped up than particular actor-director pairings. A few recent ones that got tongues wagging were Nicolas Cage and Werner Herzog for Bad Lieutenant: Port of Call New Orleans, Daniel Day-Lewis and PT Anderson for There Will Be Blood. When stuff like that happens the universe is in alignment. It just makes damn good sense. While neither Jamie Foxx of Harmony Korine's powers pulse as strongly as such grand kings and tiptop heirs as the above lot, their teaming up on Korine's upcoming crime drama The Trap, has me giggling at the manic possibilities.

Throw in Benicio del Toro and we may just have gone overboard on the wacko-meter, but after the thumping gonzo glitz apocalypse that was Korine's Spring Breakers, I am all for whatever this becomes. Foxx has the gravitas, heart and winking sense of humor to play into Korine's Ecstasy/XTC tinged sense of cinema.

While details are sparse on The Trap, Variety broke word that Foxx had boarded the project with an early 2015 production start date in Miami. Hard to believe the kid behind Gummo and Trash Humpers is charming A-list talent, but hey, I'm liking it.

Do you feel this content is inappropriate or infringes upon your rights? Click here to report it, or see our DMCA policy.
benicio del toroharmony korinejamie foxxthe trap