Watch The New Trailer For Onur Tukel's SUMMER OF BLOOD 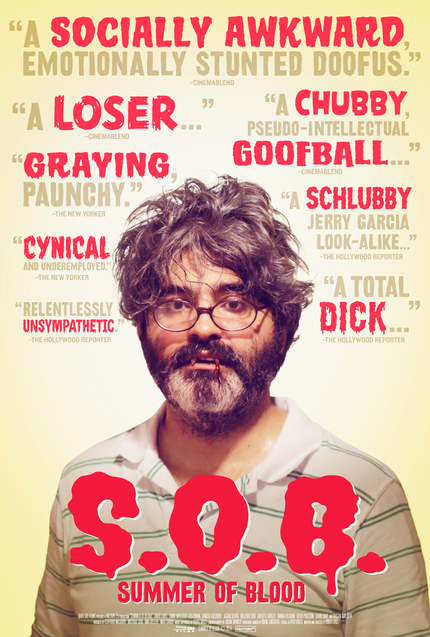 Imiagine, if you will, a hipster vampire comedy as directed by Woody Allen. What you're imagining right now is likely not particularly unlike what writer-director Onur Tukel has created with his Tribeca hit Summer Of Blood.

Writer/director Onur Tukel turns in a hilarious performance as the monumentally lazy, socially oblivious and commitment-shy Erik Sparrow, who is dumped by his career-woman girlfriend (Anna Margaret Hollyman, White Reindeer) when he rejects her rather charitable marriage proposal. Feeling lost, he turns to a disastrous string of online dates that successively eat away at his already-deteriorating confidence until a lanky vampire turns him into an undead ladykiller. Soon, Eric is prowling the streets of Brooklyn in search of anything to satisfy both his maniacal sex drive and his hunger for blood. A collision of absurd, self-deprecating wit and existential curiosity, Summer of Blood is a hilarious horror-comedy with a clever bite all its own.

Summer of Blood hits theaters and VOD October 17th from Dark Sky Films, check out the new trailer below!

Do you feel this content is inappropriate or infringes upon your rights? Click here to report it, or see our DMCA policy.
ComedyHorrorOnur Tukelsummor of bloodtrailervampireJonathan CaouetteZach ClarkDustin Guy DefaJuliette Fairley

More about Summer of Blood